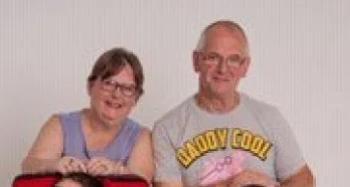 A MAN from Eastbourne will stand trial after denying the murder of his wife.

Ray Hoadley, 62, is accused of killing his wife Jackie, 58, at a property in Broad Oak Close, Eastbourne.

Her body was found in the house on July 5.

He was arrested at Chailey Heritage Foundation and appeared at Lewes Crown Court on Friday.

The trial will take place in January.

Mrs Hoadley was a well-known disability rights campaigner who had raised petitions about the lack of available funding for basic needs.

The couple shared two adopted children, Matthew, 15, and Ellie, 8, who both have complex disabilities.

Just days before her death, Mrs Hoadley posted on her Facebook page: ‘You are strong enough to handle whatever’s coming, even if it doesn’t feel like it right now.’