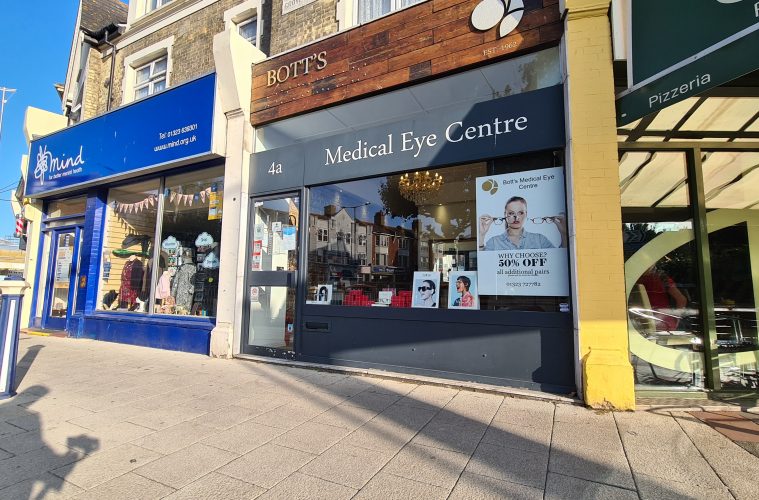 AN Eastbourne opticians has given away more than 400 pairs of glasses to NHS staff as a thank you for their amazing work during the pandemic.

But Botts Medical Eye Centre in Grove Road, Eastbourne, is not stopping there.

I will extend the offer until the end of March and it is now also open to anyone who holds a Blue Light Card, including Ambulance, Police and Fire officers.

Manager Adam Blackburn said: “My wife works at the DGH in the Crisis Response Department and I could see first-hand how hard our dedicated NHS staff were working.

“That’s when I felt that we had to do something to help local people, and this is our way of doing so.”

Anyone who qualifies can claim a free pair of single vision glasses if they bring their prescription or have an eye test with Botts. Upgrades are half price.

Adam said: “When we launched this in December, some NHS staff said they were struggling to find the time because they were so busy at work.

“We promoted it initially through the Herald and posters which were sent to our GP surgeries.

“Some healthcare professionals are the worst people at caring for themselves because they are so devoted at caring for others, and they had not hard their eyes tested for a long while.

“Some may also need two pairs of glasses and it is sometimes difficult for them when they are wearing extensive PPE at work and then having to change at the end of a 12-hour shift.

“We have given away more than 400 pairs in the first six weeks so we are really pleased, and we will extend it until the end of March as a goodwill gesture and thank you.

“They are all doing such an amazing job, many doing long shifts and then working on their days off as well because of the inevitable staff shortages in the NHS.”

Botts is the longest standing independent opticians in Eastbourne, having opened 60 years ago.

“We helped with triage work for the NHS and carried out some work in people’s homes when normally they would need to go to hospital.

“We also called as many of our patients aged over 80 to make sure they were okay and offered to replace or fix any glasses, this applied to NHS workers too.”

“Throughout this time, we have tried to do whatever we can to support the community.”