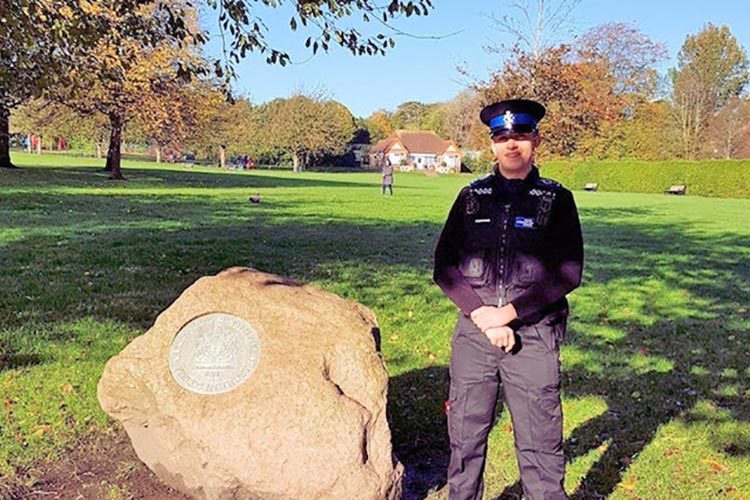 Dan Brian-Davis is a PCSO for the Devonshire and Meads area of Eastbourne, and has been since July 2019.

EASTBOURNE Police are inviting residents to a meeting on Friday to discuss crime in the town centre.

There is a particular emphasuis on Elms Avenue and Cavendish Place, the scene of a huge amount of crime and anti social behaviour.

PCSO Dan Brian-Davis and a colleague will be holding a socially distanced street meeting from 2:30pm on the corner of Elms Avenue/Cavendish Place,.

However should the weather be poor, everyone will move towards the pier area.

Police say this is a chance to discuss issues that have been raised around the two roads and speak to officers managing the area.

Councillors, Neighbourhood First and Eastbourne Homes staff will also be there.

Dan Brian-Davis has been a PCSO for the Devonshire and Meads area of Eastbourne since July 2019.

He said: “During the day, we may be called to reports from the public of anti-social behaviour which we will attend and deal with as required, or missing people where we will assist with area searching to locate the person.

“In addition to this, we carry out dedicated patrol activity (DPA) in areas where there have been several reports of anti-social behaviour or incidents of minor crime.

“More recently our DPAs have been at hotspot areas for anti-social behaviour such as Beachy Head and key locations in the town centre but also along the seafront up to Sovereign Harbour.”