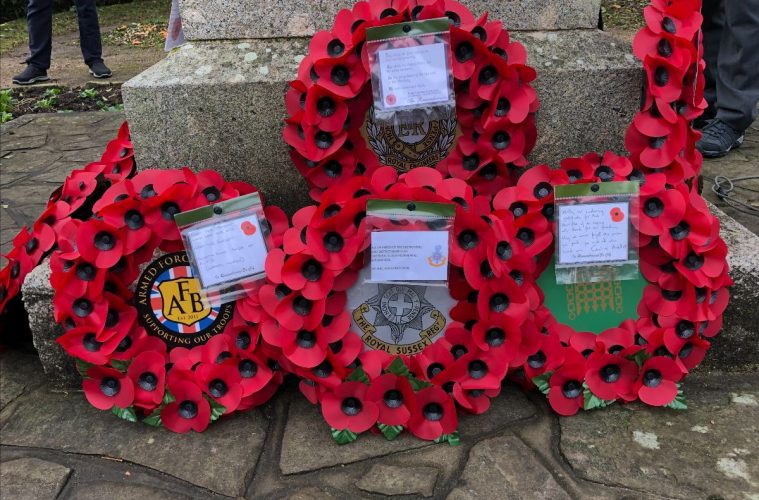 IT has been a difficult year for the Eastbourne Poppy Appeal.

Here’s our MP Caroline Ansell:”We are now approaching Remembrance Sunday and the first engagement for me was last weekend when I joined councillors Colin Belsey, Penny DiCara and the Conservative team to sell poppies in the town centre.

There have been issues with the supply of poppies this year and I am aware of them.

It is very disappointing and frustrating that The Poppy Appeal has not had the same roll out this year as historically.

However, what hasn’t changed is the generosity of spirit of people in Eastbourne and I thank everyone for stepping forward to buy their poppy, share their story and volunteer for next year’s appeal.

My team has also stepped in to deliver as many boxes to schools, shops and businesses as we can and I urge everyone to look out for any opportunity to donate as the funds raised really do make a difference.

We owe such a debt of gratitude to those who have served and died to protect us.

On Sunday I also attended a Remembrance Concert organised by the Eastbourne Silver Band at Our Lady of Ransom in Eastbourne in aid of local military charities.

The event was postponed due to covid last year. It was especially poignant as tributes were paid to key workers, as well as Dame Vera Lynn and Captain Tom. Thank you to Keith Marshall and his team for putting on such a beautiful concert.

On Remembrance Day itself I laid a wreath at The War Memorial in Hampden Park, as I have done for many years. It is such a moving occasion as the names of all the residents of Hampden Park who gave the ultimate sacrifice, are read out.

This year, instead of the last post on a bugle, the Reverend blew a replica whistle of the kind that was blown to send the soldiers ‘over the top’. -truly moving!”