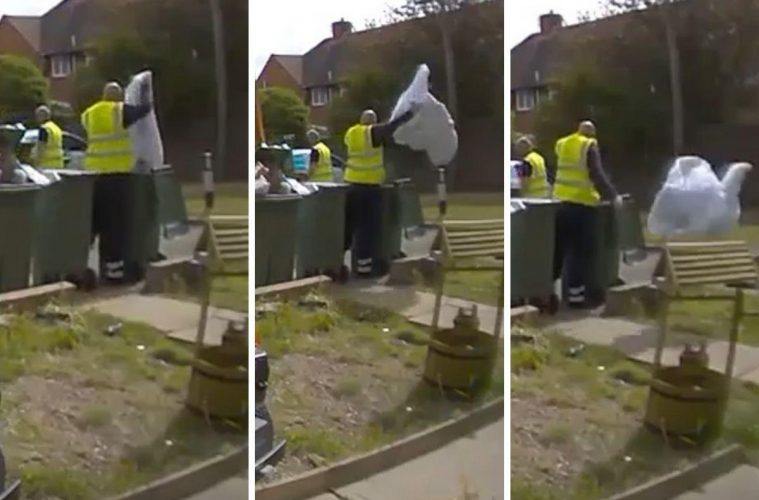 A RESIDENT was left furious after doorbell footage revealed a refuse worker had dumped rubbish on his garden.

Cristiano Oliveira, of Crawley Crescent in Eastbourne, was shocked to discover a duvet had been thrown onto his lawn by a waste worker – particularly as the item did not belong to him.