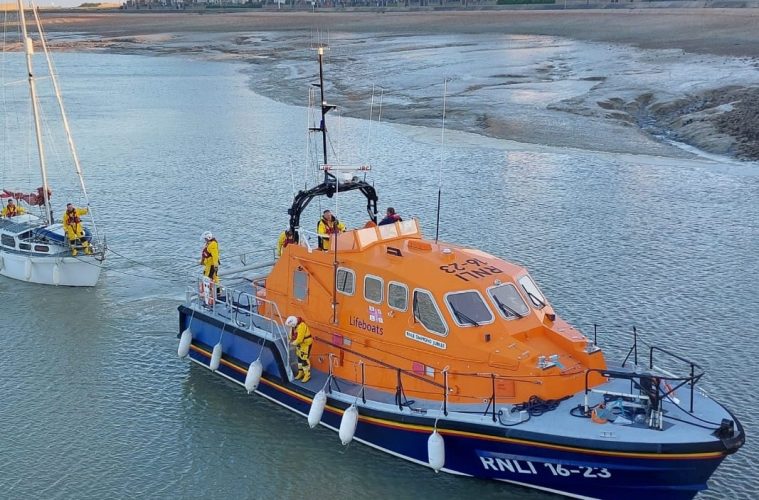 EASTBOURNE RNLI was called out on Saturday at 5pm to help a 10 metre yacht that had suffered engine failure 1 mile East of Beachy Head Lighthouse.

There were 2 persons on board the casualty vessel with one having sustained a suspected broken leg and requiring medical assistance.

The Lifeboat was quickly on scene and discovered a local fishing vessel “Sofina” had put a crew member on board and started a tow towards Sovereign Harbour.

Coxswain Mark Sawyer made the decision to transfer two of our Volunteer crew, Dr Stephen Lytton and Dean Parker onto the casualty vessel.

When on board the casualty was assessed and the decision made to keep the injured person on his own vessel and continue with the tow into Sovereign Harbour.

Once safely alongside the casualty was transferred into the care of waiting ambulance personnel.The lifeboat was then re fuelled, kit re stowed and made ready for service.