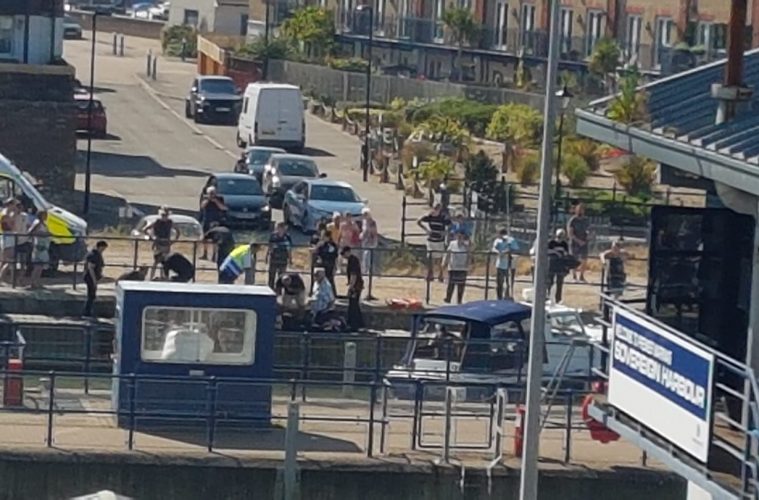 Love and hate - extreme views on the Sovereign Harbour migrants

THE number of migrants who arrived at Sovereign Harbour yesterday was 104.

They included 16 children and a pregnant woman.

Police said a group of people on board a boat crossing the English Channel were towed into Sovereign Harbour in Eastbourne by RNLI Lifeboat volunteers at 1pm on Wednesday afternoon.

It comes as the home secretary discussed the number of small-boat crossings with her French counterpart.

The Home Office said “under 500” people arrived in small boats on Tuesday.

A Maritime and Coastguard Agency spokesman said on Wednesday it was “coordinating a search and rescue response to incidents off the East Sussex coast, working with Border Force and other partners”.

The spokesman added: “Lifeboats from Hastings and Eastbourne have been sent.”