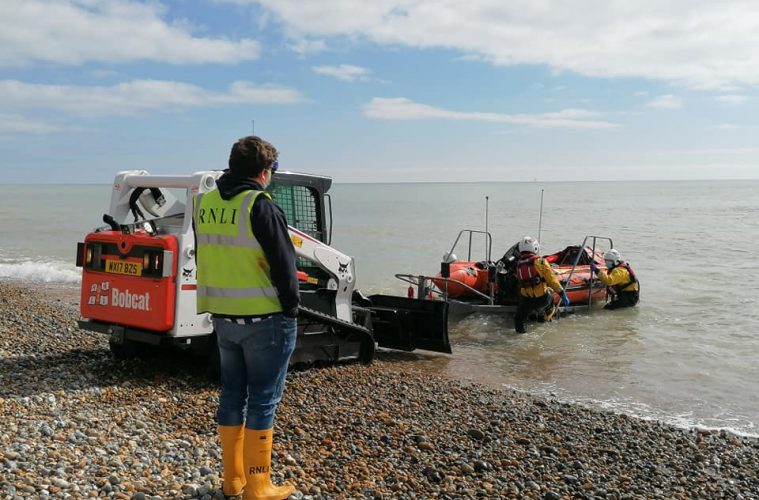 Eastbourne RNLI rescued a ‘distressed’ person at sea opposite The Langham Hotel today.

Solent Coastguard paged the Volunteer Crew requesting an immediate launch of its Inshore Lifeboat this morning at 11am.

The Inshore Lifeboat was tasked to locate a person reported in the water 200 metres off shore opposite The Langham Hotel.

The crew quickly located the casualty who was found to be in distress.

The casualty was recovered by the crew onto the lifeboat and taken directly ashore to awaiting an ambulance.

Once the casualty was in safe hands, the lifeboat returned to station where it was washed down, refuelled and made ready for service.