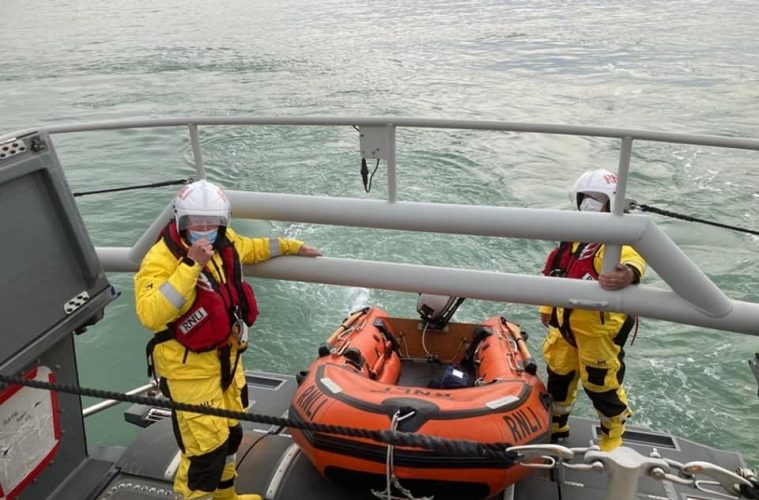 CHECK the tide is the plea from Eastbourne RNLI after two rescues yesterday.

The Volunteer Crew was called out yesterday afternoon to search for a missing person.

On route, the Inshore Lifeboat was diverted to rescue a person who was cut off by the tide at Beachy Head.

The person was located and taken back to Holywell.

Later, its All Weather Lifeboat rescued another two people cut off by the tide at Seven Sisters.

They were recovered by the inflatable Y Boat that is launched from the All Weather Lifeboat and taken ashore at Cuckmere Haven.

Here’s Eastbourne RNLI: “We would like to remind people who are walking along the coast to please check the tide times to enable yourself plenty of time to get to a safety exit point as mobile phone signal is very limited under the cliffs which would make it difficult to alert the emergency services.”