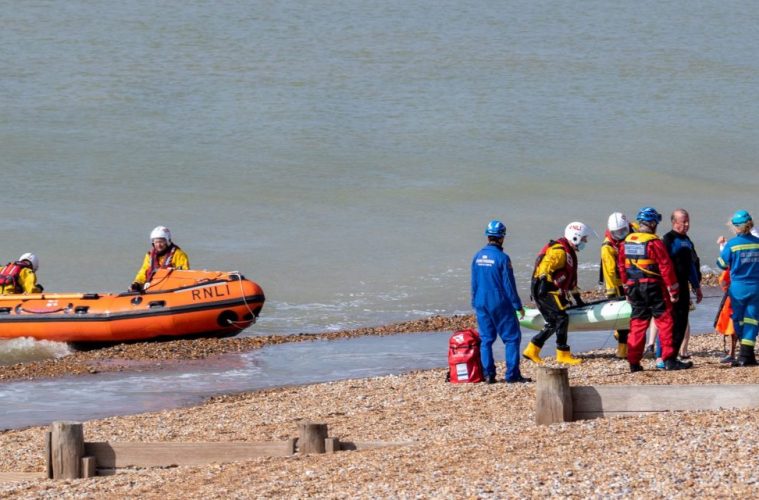 The inshore lifeboat was launched after 999 calls to HM Coastguard.

Two kayakers were in serious difficulty off Cooden Beach,

A RNLI spokesman said: “One of the kayakers was seen to fall from his craft whilst the other was unable to do more than stand by.

“The volunteer ILB crew left their station at Fisherman’s Green but even at full speed were more than 10 minutes away from the casualties.

“Fortunately, the Bexhill Sailing Club rescue boat was afloat and was made aware of the situation by local coastguards and they too made their way to the scene, arriving shortly before the lifeboat.

“Both casualties were taken ashore along with one of the kayaks; the other had already been washed out to sea in the offshore wind and was no longer in sight.

“With both casualties assessed as being well, they were left in the care of Bexhill coastguards.

“The ILB then went in search of the missing kayak which was eventually found drifting two miles offshore, it was collected and returned to its owner ashore on Cooden beach.”