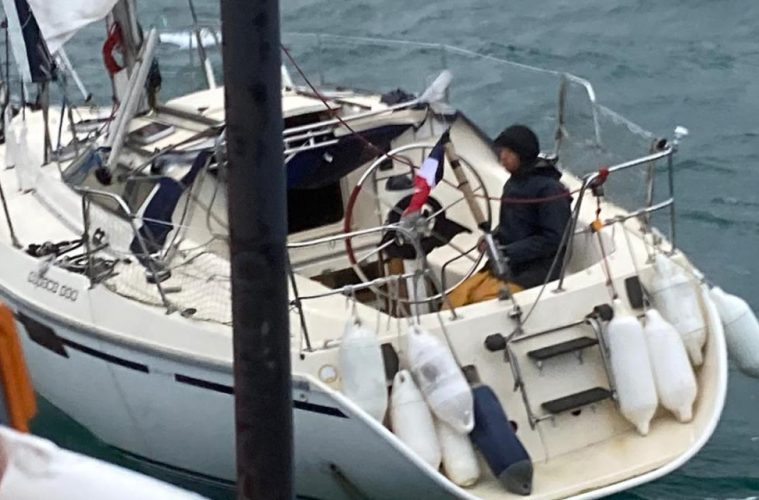 THE volunteer crew of Eastbourne’s all-weather lifeboat launched at 4am on Tuesday to investigate reports of a vessel travelling erratically in the shipping lanes.

It had no navigation lights and sea conditions were getting worse.

Initial information received was that the vessel was last seen some 10 miles SE of Eastbourne travelling on the edge of one of the busiest shipping lanes in the world without lights and against the flow of commercial marine traffic.

It was causing a severe hazard to navigation.

An update from a passing tug was received which placed the target vessel much further out to sea and deep in the SW lane.

On scene the lifeboat crew found a 10 metre yacht with a broken boom, shredded headsail and trailing a 100 metre length of rope, barely making way in the treacherous sea conditions.

Despite the crew’s most diplomatic approaches the lone French sailor refused all offers of assistance and would not allow a tow to be attached.

Lifeboat coxswain Mark Sawyer managed to ascertain that the sailor had left Le Havre intending to go to Cherbourg – which put him at least 100 miles off course.

His only request was that the lifeboat crew removed as much as possible of the trailing rope thus improving the yacht’s forward motion.

Ethically the lifeboat could not abandon the casualty in such a precarious position with the yacht and occupant in danger and risking other passing traffic.

So in negotiation with HM Coastguard and their French counterparts it was agreed the Lifeboat would stand by at least until daybreak.

Meanwhile coastguards were issuing regular warnings to other shipping in the area.

Having escorted the yacht across the SW lane, the separation zone and the NE lane, the crew were finally stood down on the edge of French territorial waters to begin the long, and by now very rough and windy return to station arriving back nine hours after the original page.