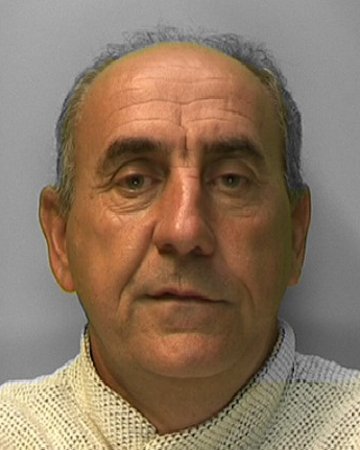 THREE rogue traders have been sentenced for defrauding East Sussex pensioners out of thousands of pounds.

Patrick Lemmon, 59, of Granville Road, Eastbourne, David Browne, 52, of Eisenhower Drive, St Leonards on Sea, and Vincent Dunstall, 54, were sentenced at Lewes Crown Court after each pleaded guilty to one count of fraud.

On Friday, December 10 Lemmon was sentenced to 40 months imprisonment after he and Browne overcharged an 87-year-old lady for home improvement works at her property.

The victim was charged £46,996 for the work, which she paid for by a series of cheques.

During an investigation by East Sussex Trading Standards, an independent building surveyor concluded the work was of a poor standard and that a fair and reasonable cost for the work carried out would have been approximately £15,000.

The victim received no paperwork such as a quote, cancellation rights or receipts of payment.

The fraud was considered a higher culpability offence by the judge, His Honour Judge Mooney, who said Lemmon had taken ‘…the opportunity to take advantage and overcharge…’ the victim.

Judge Mooney added that the work completed was of ‘…poor quality…’ and Lemmon had ‘…obtained £46,996 by deceit.’

In the second case, Browne and Lemmon visited a 93-year-old lady and suggested her double-glazing units were faulty and needing replacing. The victim wrote cheques to the value of £3,050. No paperwork was given to the victim and no work was carried out.

In sentencing Browne to 21 months imprisonment in November, HHJ Mooney said that Browne: “…seized the opportunity to prey on a vulnerable person. She was a crop to be harvested. You never did any work for her and took her money.”

In the final case, Dunstall and Lemmon cold called the 63-year-old victim and were contracted to lay a new patio. The lady paid a £1,000 cash deposit to the two men, but they never started the work.

Last month Judge Mooney described Dunstall’s ‘abhorrent behaviour’ as ‘cruel and vile’ and sentenced him to an 18-month community order with a 250 hours community order and 10 Rehabilitation Activity Requirement sessions. Dunstall was also ordered to pay £1,000 compensation to his victim within six months.

Richard Strawson, East Sussex Trading Standards manager, said: “These were callous acts by offenders who preyed on the elderly and vulnerable. We are pleased to see justice done and these unscrupulous individuals duly punished.

“These successful prosecutions by the council’s Trading Standards team highlight our commitment to prosecuting rogue traders who target vulnerable members of our community.

“I would urge members of the public to be on guard when they receive unsolicited knocks on the door, leaflet drops or telephone calls, and to look out for your neighbours, friends and family who may be susceptible to this kind of heartless criminality.”

Following another East Sussex Trading Standards investigation, Lemmon was jailed for 42 months in July 2018 after being convicted by a jury of two counts of fraud and seven counts of money laundering.

Trading as Regency Paving Company from premises in Cooden Sea Road, Little Common, Bexhill, Lemmon told his 83-year-old victim that he needed a new conservatory roof and replacement glass panel at a cost of £26,700. He took five cheques from his victim but never started the work.

Lemmon was returned to jail in January 2021 after paying his victim less than 10 per cent of the court-ordered compensation.

If you, or someone you know, is vulnerable and has been a victim of fraud contact Sussex Police on 101. To report fraud or attempted fraud, visit www.actionfraud.police.uk or call 0300 123 2040.

For consumer advice, or to report a concern to Trading Standards, contact the Citizens Advice consumer helpline on 03454 040 506, or by using their online reporting page which can be found at www.eastsussex.gov.uk