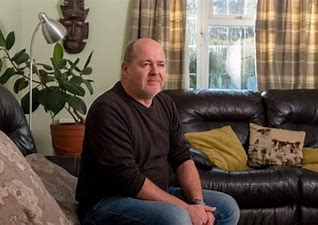 Phil Johnson was abused for a number of years.

A CHURCH sex abuse victim from Eastbourne has reacted to today’s shocking report into our churches.

The Church of England failed to protect children from sexual abuse, and created a culture where abusers “could hide”, the report concluded.

The Independent Inquiry into Child Sex Abuse’s report says the church’s failure to respond consistently to abuse victims added to their trauma.

It said alleged perpetrators were often given more support than victims.

The Church said it felt “shame” over the failings detailed in the “shocking” report.

Phil Johnson was abused for a number of years.

He called the report ‘a step in the right direction’ and said more support was needed for victims.

From the age of around nine, Phil Johnson was abused by priests, and for more than 20 years has fought for justice and greater support for survivors of abuse within the Diocese of Chichester.

The report found the Church neglected the “physical, emotional and spiritual wellbeing” of the young, and creating a culture where abusers were able to hide within the institution.

The Independent Inquiry into Child Sexual Abuse’s (IICSA) report into the Anglican Church also found examples of clergymen being ordained despite a history of child sexual offences.Inquiry chairwoman

Professor Alexis Jay said: “Over many decades, the Church of England failed to protect children and young people from sexual abusers, instead facilitating a culture where perpetrators could hide and victims faced barriers to disclosure that many could not overcome.”

Richard Scorer, lead lawyer for Slater and Gordon representing 20 survivors of abuse within the Church of England at the inquiry, said: “This is a very damning report.

“It confirms that despite decades of scandal, and endless promises, the Church of England continues to fail victims and survivors. Bishops have too much power and too little accountability.

“National policies are not properly enforced. Sexual offending by clergy continues to be minimised.

“It’s clear from the report that huge change is still required, including proper support for survivors and removing bishops’ operational responsibility for safeguarding.”