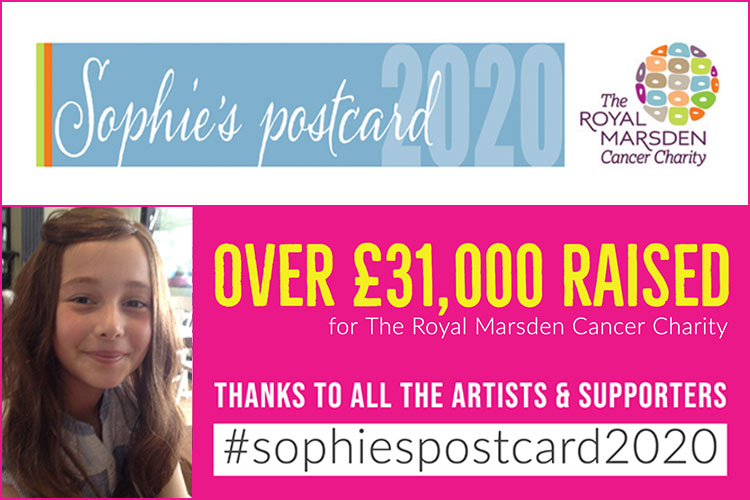 We wrote about Sophie’s Secret Postcard auction in our March issue, and now we can announce that over £31,000 was raised on 26th June.

The auction was held on Ebay, in aid of The Royal Marsden Cancer Charity in memory of St Richards Catholic College former pupil, Sophie Taylor. Thousands of bidders took part from all over the world.

Coordinator Miranda Pennington said many people were able to use the lockdown to create nearly 1100 postcards.

Sophie’s parent’s James and Luiza Taylor said “It was fantastic and overwhelming to see so many people creating and bidding for these amazing postcards for such a good cause. It was a lovely way to remember Sophie and she would be very proud of everyone who got involved!”

Thomas Taylor, the original illustrator on the first Harry Potter book painted Harry Potter, with Hedwig the owl, raising £2,050. Brian Wiseman from the USA, said “I am ecstatic to have won this amazing piece of art by Thomas Taylor! I am also more than thrilled to have helped support the Royal Marsden Cancer Charity!”

You can view all of the postcards and see how much each one raised on: www.sophiespostcard.com