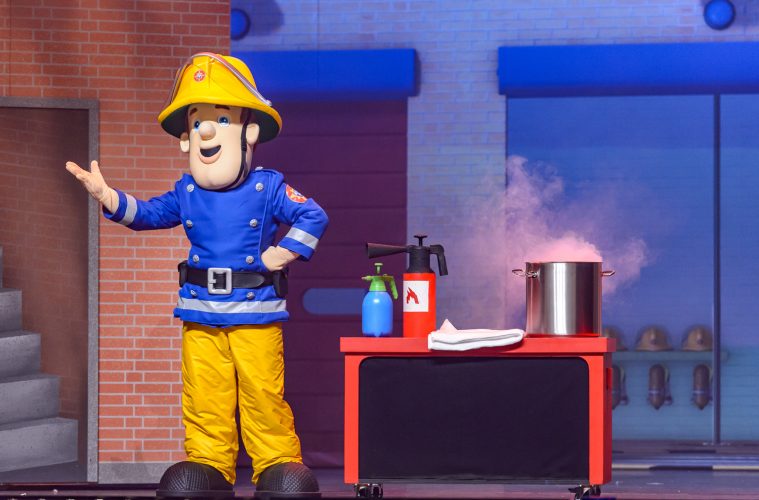 It’s Friday night and Ben knows that means only one thing – staying with Granny! There will be cabbage soup, cabbage pie and cabbage cake and Ben knows one thing for sure – it’s going to be sooooooooo boring!

But what Ben doesn’t know is that Granny has a secret – and Friday nights are about to get more exciting than he could ever imagine, as he embarks on the adventure of a lifetime with his very own Gangsta Granny!

From the acclaimed producers of Billionaire Boy and Awful Auntie comes the award-winning West End production of this amazing story by David Walliams, the UK’s best-selling author for children!

**** “Brilliantly adapted and directed, this is a cracker of a show! Totally grantastic!” Mail on Sunday

“The brilliant Birmingham Stage Company have produced a fantastic show. It’s terrific. And so much better than the book!” David Walliams

AROUND THE WORLD IN 80 DAYS

They said it was ridiculous but Phileas Fogg is fabulously determined as he wagers his whole fortune on the seemingly impossible.  Surely no one could circumnavigate the world in just 80 days?!

104 characters, eight actors, six trains, six boats, four fights, two dances, one sleigh ride, a storm, a circus, a balloon, and an elephant will take to the Devonshire Park stage this summer in this rip-roaring telling of Jules Verne’s classic Around the World in 80 Days.

Join Fogg and his loyal valet Passepartout as they journey from London to Brindisi, Bombay, Yokohama, and even the Wild West.  From the team responsible for our last summer production, 39 Steps and Eastbourne’s legendary pantomime this much-loved escapade is hilariously brought to life as never before.

THE GOOD TIMES ARE BACK! And so are Bobby, Laura, Sue, Norman and the gang! It’s time to shake off those blues and Rock ‘n’ Roll like never before!

Special guest star Mark Wynter joins the cast in this feel-good show inspired by the latest release in the series of smash-hit, multimillion selling Dreamboats & Petticoats albums. Bringing On Back The Good Times is filled with wit, charm and songs from the golden era of Rock ‘n’ Roll.

Featuring some of the greatest hit songs ever written from Roy Orbison, Eddie Cochran, Elvis Presley, The Walker Brothers and many, many more.

When all of his friends go away, Norman Price decides to find adventure in Pontypandy and become the star of a visiting circus. But with a tiger on the loose and faulty lights, the adventure soon turns to danger. Can Fireman Sam come to the rescue and save the circus? Join Sam and friends in an all singing, dancing, action-packed show.

SOME GUYS HAVE ALL THE LUCK

Capturing the excitement, energy and charisma that have made Rod a true rock icon, including those infamous moves and all the hits including Handbags & Gladrags, Maggie May, Baby Jane, Da Ya Think I’m Sexy, Sailing and, The First Cut Is The Deepest.

Long before she was Carole King, the chart-topping music legend, she was an ordinary girl with an extraordinary talent. Beautiful tells the inspiring true story of King’s remarkable rise to stardom, from being part of a hit song-writing team with her husband Gerry Goffin, to her relationship with fellow writers and best friends Cynthia Weil and Barry Mann, to becoming one of the most successful solo acts in popular music history.

Along the way, she wrote the soundtrack to a generation, with countless classics such as (You Make Me Feel Like) A Natural Woman, Take Good Care of My Baby, You’ve Got a Friend, So Far Away, It Might as Well Rain Until September, Up on the Roof, and The Locomotion.

ANOTHER… 100 YEARS OF BIG BANDS

Back with a whole new programme that once again celebrates a century of swing, not forgetting the great big band singers too, feet will be tapping to the sheer power of this 17-piece swing orchestra.