Eastbourne author launches novel in aid of anti-trafficking in Cambodia 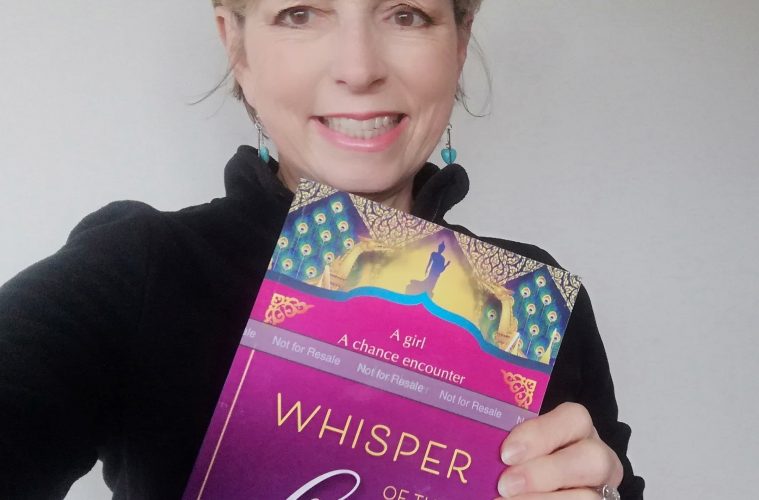 author launches novel in aid of anti-trafficking in Cambodia

EASTBOURNE author Gabrielle Yetter has now released her new novel Whisper of the Lotus to support Justice and Soul, an anti-trafficking organization.

Inspired by her experiences while living in Cambodia, the book is a fictional story about Charlotte Fontaine, a young woman who travels to Phnom Penh to visit her best friend and meets a mysterious elderly man on the flight.

When she arrives, she discovers a land of golden temples, orange-clad monks, and kind-hearted people, then realises many things are not what they seem—including her own family relationships that bubble to the surface through a series of revelations.

It was released on November 9, Cambodian Independence Day.

“I wanted to share some of the exotic charm of the country in my book,” Gabrielle said. “After experiencing how it felt to live there, I wanted to take readers into my Cambodia. I have included a number of fascinating real-life characters—some of whom are named, such as SomOn, our tuk-tuk driver, who became a friend, and I’ve woven actual-life situations into the story.

“Throughout the book, Charlotte is on a quest that takes her through dusty back alleys and shimmering pagodas where she meets people who provide insights into her own strengths and imperfections: a sleazy café owner, a compassionate Buddhist monk, an elderly Cambodian who survived the Khmer Rouge, and a woman who reminds her of her mother. And all of them play a role in teaching her different things about herself.”

Whisper of the Lotus is a multi-layered story full of memorable characters and the sights and senses of a magical country.

It is a story about friendship and family, love and identity, a tale about no matter how far you travel, the path will always lead you back to yourself. It has been described as having “the feel of a good Armistead Maupin novel mixed with the spiritual overtones of Dan Millman’s Way of the Peaceful Warrior,” and one critic wrote, “Yetter’s story is mystery, romance, and thriller all in one, and the tendrils of an unexpected encounter weave through them all”.

Whisper of the Lotus was long listed in the 2019 London TLC (The Literary Consultancy) Pen Factor writing competition.

A former journalist, Gabrielle wrote The Definitive Guide to Moving to Southeast Asia: Cambodia and The Sweet Tastes of Cambodia, and was a regular contributor to Khmer440, Latitudes, AsiaLife and Expat Advisory. She also wrote two childrens’ books, Ogden The Fish Who Couldn’t Swim Straight and Martha the Blue Sheep, which were illustrated by young Cambodian artists.

In 2012, Gabrielle and Skip co-wrote Just Go! Leave the Treadmill for a World of Adventure based on their experiences of moving across the world. In 2018, they settled in Eastbourne.

Proceeds for the first 57 days will be donated to Justice and Soul, a non-profit organization which provides cosmetology training and a new beginning for at risk youth and those rescued from trafficking in Cambodia and the USA.

Whisper of the Lotus is available for purchase as a paperback or ebook on Amazon. Gabrielle can be reached through her website at www.GabrielleYetter.com