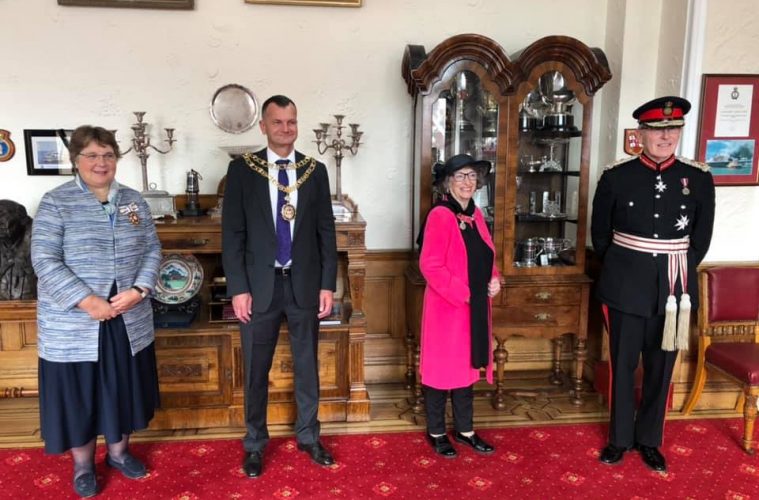 The ceremony took place in the Mayor’s Parlour and the Lord Lieutenant, Peter Field was present with the Deputy Lieutenant, Violet Hancock.

Eastbourne Mayor Steve Wallis said: “Dorit is an inspiration to so many, from surviving the holocaust, a singing career, writing, lecturing and supporting so many charities.

Dorit Oliver-Wolff, 84, was given a British Empire Medal for services to Holocaust education and awareness.

She has been giving talks to schools, community groups and businesses about her experiences for more than a decade.

She said she was “really excited” to be honoured for just doing her job.

Ms Oliver-Wolff was born in Novi Sad in Serbia – formerly Yugoslavia – and was unaware that she was Jewish until the age of five, when a woman spat at her on the street.

In 1941, she and her mother fled and travelled from place to place within Hungary, creating new identities before hiding in a cellar, from where her mother would sneak out at night to look for food in bombed-out shops.

She returned to Serbia in 1945 after the Soviet army liberated Hungary, where she discovered that her father and the rest of the family had been killed by the Nazis.

Ms Oliver-Wolff said all she wanted to do was “to become a singer one day”.

Two years later she was awarded a scholarship to a music academy, and went on to become a jazz and blues singer and “pin-up” model in Germany.

Ms Oliver-Wolff was among 31 people recognised in the New Year Honours list for Holocaust education.