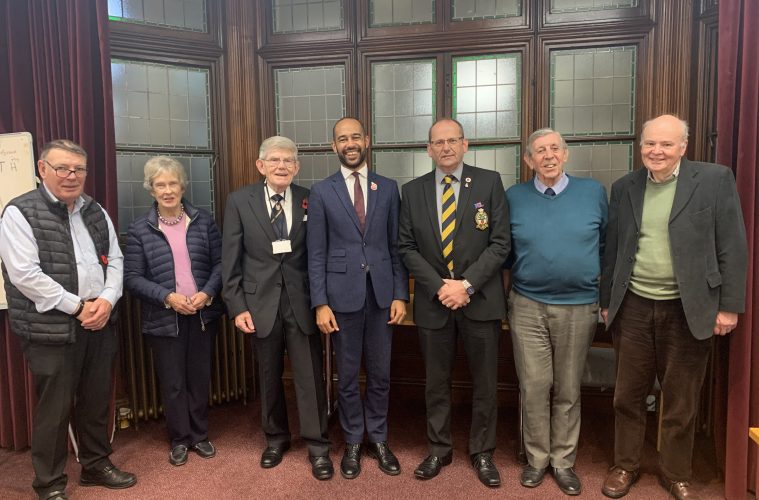 Eastbourne’s branch of the Royal British Legion has relaunched after taking a short break to recruit a new leadership team to take its work forward.

The Royal British Legion (RBL) provides lifelong support to serving and ex-serving personnel and their families, and represents the interests of the Armed Forces community. The Eastbourne branch leads that work locally.

The charity is famous for its annual Poppy Appeal, which was smaller in Eastbourne this year while the local branch selected a new chairman.

The Eastbourne branch’s new chairman, ex-serviceman Allan Leith, addressed councillors to welcome the motion and share some of the Eastbourne RBL’s plans for the future – including a belated centenary celebration in summer 2022.

Councillor Josh Babarinde OBE, who has been working with the new leadership team to support the Eastbourne branch to re-open, said:

“Inspired by my great grandfather who served in the RAF during WWII, it’s an honour to have marked a new beginning for Eastbourne’s Royal British Legion branch with my cross-party council motion during the year of its centenary.

“I have full confidence in the fantastic new leadership team, led by Allan Leith.

“As a Legion member myself, I’m asking the people of Eastbourne to step up and support the RBL by joining the local branch too. Anyone who is passionate about supporting the Armed Forces community can join the Royal British Legion – you don’t have to have served in the forces yourself.

“You can join us via: www.britishlegion.org.uk