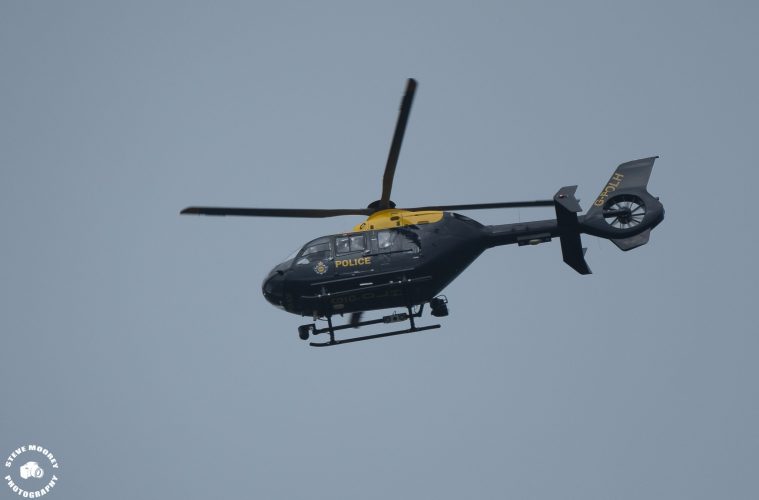 A number of emergency service vehicles were in Abbot’s Wood, Arlington this morning after an elderly lady fell while walking her setter.

Around seven emergency vehicles – including ambulances and police cars – were there.

She has a suspected broken hip.

Police had to locate both her and the dog. They are both now safe.

This is a photograph of the helicopter at the scene.

Anna Tuppen was there: “She was parked on Robin Post. They had officers on foot searching between the A22 and RPL. They drove (and I’d walked) the whole length on RPL.I showed them all the smaller paths on the woods side or RPL.”