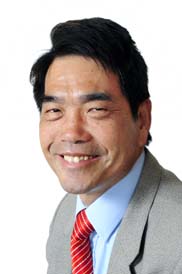 All the results as they come in can be found on Bournefreelive.co.uk

The Shing family triumph again with their massive local support.