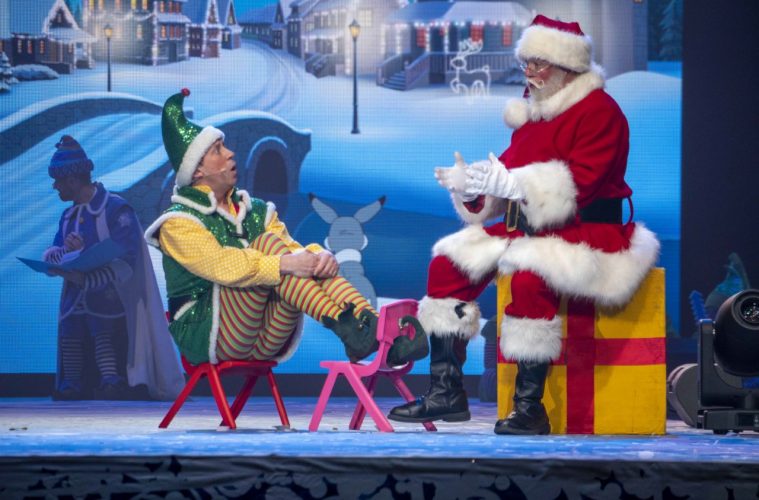 Elf, A Christmas Spectacular is coming to Eastbourne

YOU’D BE A COTTON HEADED NINNY MUGGINS TO MISS IT!

Tam Ryan stars as Buddy the Elf heading a cast of 20 in the stage show inspired by the festive family favourite movie Elf – A Christmas Spectacular which comes to the Congress Theatre, Eastbourne from 17 – 21 November.

Only theatres with a big enough stage can accommodate this production which normally fills arenas from London to Birmingham, so it’s great news for local families that this huge production will be presented right on their doorsteps!

ELF is always voted one of the best family films of all time this spectacular stage version, also based on the hit Broadway and West End show will bring some much-needed pre-Christmas cheer to theatres this Autumn with a sleigh full of laughs and spectacle.

This version will recreate the staging of the acclaimed arena spectacular tour. Producer Jon Conway says “Only theatres with large stages big enough to recreate the amazing visual effects we created for the supersized ‘Elf’ arena show, with an amazing flying sleigh over the audience, twenty feet high growing candy canes, a giant LED screen with Pixar style animated backgrounds and aerial stunts.”

The part of Buddy the Elf, originated by Will Ferrell on screen, has been played in arenas for the last few years by Tam Ryan, to universal acclaim in cities from Birmingham to Dublin via Wembley. He is thrilled to once again step into the floppy elf shoes and Tam says, “We create a marvellous atmosphere with a full-blown musical spectacular and a principal cast of twenty performers who featured in the arena tours for the last two years.”

The heart-warming tale of Buddy the Elf leaving Santa at the North Pole to seek his real father in New York is a classic.  This Spectacular production features a book written by Bob Martin and Thomas Meehan (Annie, The Producers and Hairspray) and an original score of great songs by Matt Sklar and Chad Begulin.

Elf – A Christmas Spectacular is at the Congress Theatre, Eastbourne from 17 – 21 November, nightly performances Wednesday and Thursday 7pm, Friday and Saturday at 7.30pm plus 2.30pm matinees on Thursday, Saturday and Sunday, tickets priced from £14.50 – £37.50 with concessions and discounts available, to book call 01323 412000 or see eastbournetheatres.co.uk