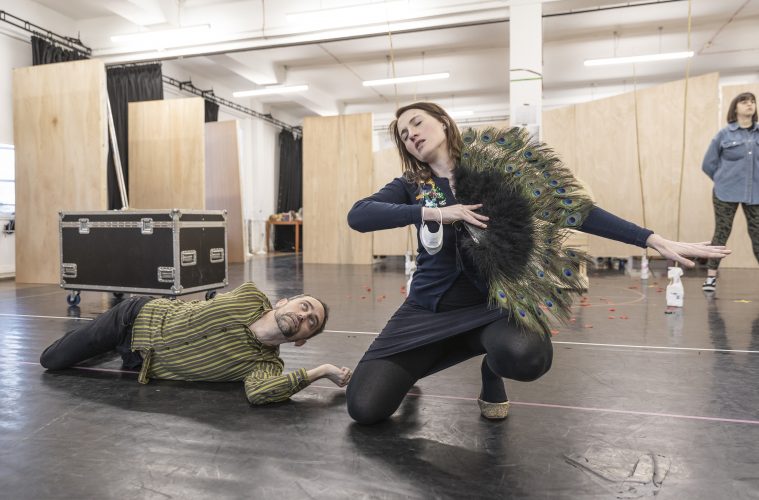 Described as “One of the most satisfying productions of Puccini’s masterpiece” English Touring Opera’s production of Puccini’s La bohème is a must see at the Congress Theatre Monday 16 May.

This story of young love, starting on Christmas Eve in a Parisian garret. On this festive, snowy night, two lovers draw close, but poverty soon forces them apart in a classic tale of passion, friendship, jealousy and mortality that captures the excitement, drama and hardship of late 19th century Paris.

Told with the most memorable music, from ‘Che gelida manina’ to the shattering brass chords announcing Mimi’s death, English Touring Opera’s much-praised production, in period dress and with evocative designs, sung in Italian, promises to break every heart and breathe joy into the spirit of everyone who has ever wanted love.

Another magical evening at the theatre awaits with this production of Rimsky-Korsakov: The Golden Cockerel at the Congress Theatre onTuesday 17 May.Fantasy, mischief and musical delight combine in this new production.

Rimsky-Korsakov’s final (and favourite) opera a comic skewering of Tsarist Russia’s imperial hubris, was based on a poem by Alexander Pushkin, which he updated into a potent satire of the Romanov dynasty in the wake of the disastrous Russo-Japanese War and the 1905 revolution.

Packed with the exotic orchestration that has made similar works such as Scheherezade so popular, The Golden Cockerel is as charming as it is barbed.

Led by ETO’s new Music Director Gerry Cornelius and Artistic Director James Conway, with striking designs from Neil Irish, The Golden Cockerel stars Grant Doyle as the incompetent but dangerous Emperor Dodon and Paula Sides as the Queen of Shemakha.

Puccini’s La Bohème, Monday Monday 16 May, sung in Italian with English surtitles and Rimsky-Korsakov: The Golden Cockerel, Tuesday 17 May sung in English with English surtitles, at the Congress Theatre, to book call 01323 412000 or see www.eastbournetheatres.co.uk. Tickets priced from £18 with concessions available, including Under 16 tickets for just £20. Age guidance 11+