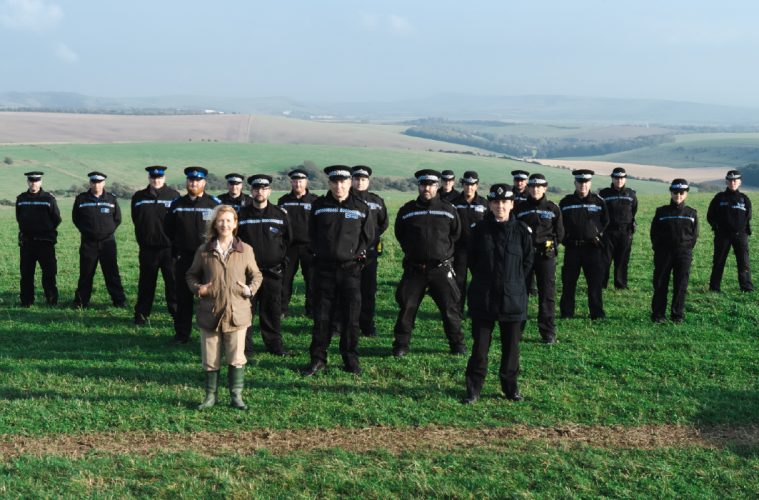 Following success of the launch of the dedicated team in June 2020, four new PCs are joining the unit, which is based out of Midhurst and Heathfield. This brings the establishment of the team up to two sergeants, 12 constables and six Police Community Support Officers (PCSOs).

The team has a specialist focus on agricultural, wildlife, environment and heritage issues as well as dog theft. Through community engagement, crime prevention advice and law enforcement, the Rural Crime Team targets criminals perpetrating rural crime and brings them to justice.

This increase in proactive rural policing has been made possible through additional investment from the precept.

There has been greater awareness of the impact of rural crime in recent years, and this was reflected with the implementation of the national Rural Affairs Strategy in 2018, from the National Police Chiefs’ Council (NPCC).

With 62% of Sussex’s area dedicated to farming, and a significant proportion being in the South Downs National Park, Sussex is defined as ‘significantly rural’ by DEFRA (2011).

Recent Victim Satisfaction Surveys indicate that satisfaction for the team is high, and we will be looking to build on this satisfaction with our increase in staff.

Highlights from the team include:

Stronger relationships with people who live and work in rural locations, as well as neighbouring rural crime police teams.

The launch of Op Collar, Sussex Police’s dedicated response to prevent dog thefts and working closely with partner agencies, gathering intelligence and highlighting crime prevention among the dog owning community. The most significant event being the search warrant which was executed and seized numerous dogs believed to be stolen or used for unscrupulous breeding. One of these dogs has already been reunited with her rightful owner, having been stolen over six months ago.

Work with partner agencies and lost dog charities to identify the owners of the dogs.

Working with partners, such as Brighton and Hove City Council to tackle illegal waste carried in Brighton, and with the National Farmers’ Union (NFU) and the CLA to highlight the dangers of livestock worrying.

Along with our local neighbourhood officers, the team responded to reports of dogs being held in a caravan in Eastbourne. With the support of the RSPCA, 35 puppies were seized and two individuals were arrested for animal welfare act offences and money laundering. Enquiries continue, with the Rural Crime Team leading the investigation.

Two men from London arrested for poaching in the Balcombe area who were found to be in possession of an air rifle with a scope, hunting knives, catapults and ball bearings along with dead pheasants and pigeons. Following an investigation by the team, both men were found guilty at court. They were both sentenced to 16-weeks suspended prison sentences for carrying knives in public along with 150 hours unpaid work and 12 month community order.

A man who pleaded guilty for a poaching offence in Rye and ordered to pay £199 in fines and costs.

A man who admitted night hawking – metal detecting on land without permission from the land owner and intending to steal anything found, in a field near Pulborough. He was summonsed for going equipped to steal and was fined £1,560 and costs.

Inspector Oli Fisher, Sussex Police’s Rural Crime lead, said: “We are keenly aware of the significant impact that these types of crimes have on our rural communities, and the team is designed to provide a direct link between those communities and the police. We want to encourage reporting of rural crimes, because with this insight, we are able to deploy the team more effectively. We now have more officers to go where they are most needed, in order to protect the most vulnerable.

“Recent Victim Satisfaction Surveys also indicate that satisfaction for the team is high, and we will be looking to build on this satisfaction with our increase in staff.”

Assistant Chief Constable Jayne Dando said: “It is so important to have a dedicated team for this area of policing, which quite often can go unnoticed. We want to reassure the residents of Sussex that we are here to disrupt rural crime, to catch those who think they can get away with it, and to ensure our more isolated communities feel safe in their own homes.

“We understand how destructive these crimes are to people’s livelihoods, and how damaging they can be emotionally to the victim. We want perpetrators of these crimes to know we are here to catch them: do not consider committing the crime because we will bring you to justice.

“Working closely with partners, the expanded team can draw on expertise and resources from all over the county and together we can provide the service needed to prevent rural crime.”

Sussex Police and Crime Commissioner Katy Bourne said: “It is gratifying to see the rural crime team expanded in this way. The feedback received by my office confirms that the work of the team is greatly appreciated by rural communities in Sussex and has made a huge difference to their engagement with Sussex Police.

“I’m confident that the addition of extra police officers will only serve to increase the team’s impact in providing reassurance to rural residents, investigating more crimes and acting as a deterrent to those who seek to carry out criminal activities in more isolated parts of our county. This all helps to make Sussex a safer place to live, work and visit.”