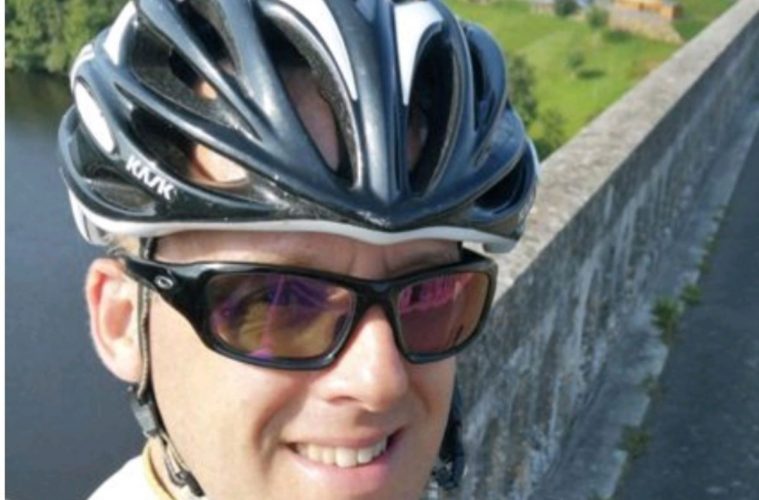 A family has expressed their heartfelt tribute to a loving father and husband who tragically died following a collision in Hailsham.

Daniel Corrick, of Haywards Heath, suffered fatal injuries when he was involved in the collision with a car while he was cycling at the Boship roundabout near Hailsham on January 30.

The 43-year-old was taken to the Royal Sussex County Hospital, where he was sadly pronounced dead on February 2.

His family has now issued a statement following the incident. They said: “We are devastated to announce the loss of Dan at the Royal Sussex County Hospital in Brighton following a cycling road accident on January 30 at Hailsham.

“He loved cycling but not as much as he loved his wife Nikki and their two daughters Eloise, aged eight, and Josephine aged six, to whom he was a wonderful husband and father.

“Dan was devoted to them and his family, a much loved son of Lesley and Roy and brother to Alexis, brother-in-law to Paul, together with his in-laws Derek and Jan.

“He was a proud, loving, supportive and dependable person to his friends and colleagues.

“He was also a passionate Blood Donor and supporter of the NHS Organ Transplant Scheme. The family are proud to say that, as per his wishes, this was utilised fully and will have helped numerous people in need.

“We wish to extend their thanks to the emergency services and in particular to the doctors and nurses in the hospital’s intensive care unit.”

Details of Mr Corrick’s funeral will be made available shortly, but in the meantime the family have asked that their privacy is respected during this difficult time.

Sussex Police are investigating the collision and have appealed for witnesses and anyone with information or footage to come forward.

The collision happened at the Boship roundabout near the junction with the A271 at Horsebridge shortly after 10am on Sunday, January 30.

Anyone with information is asked to report it by emailing: collision.appeal@sussex.police.uk or call 101 and quote Operation Rind.