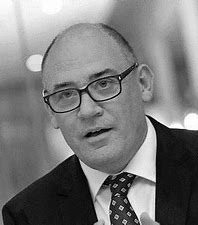 A past-president of Eastbourne’s Chamber of Commerce has been appointed visiting professor of engineering at the University of Northampton.

Dave Cooper, 56, served as Chamber president between 2005-2006 and was the youngest holder of the role at the time.

He has also been involved in Eastbourne’s Young Engineer’s Club, helping to inspire and encourage the next generation of engineers.

Recently, in his professional capacity as MD of LECS UK, an independent engineering consultancy, he has also overseen the refurbishment of the four lifts in Eastbourne’s iconic South Cliff Tower.

Mr Cooper said: “Having previously studied at the University of Northampton, it is a great honour to take up the position of visiting professor.

I have worked in this area for 40+ years, and anyone who knows me will be aware that I am a keen supporter of ongoing education, learning and bringing new blood into the industry.”

Early this year Dave was appointed to the board of the Chartered Institution of Building Services Engineers (CIBSE) – a prestigious professional body that represents 21,000 engineers worldwide.

After a hiatus living in Kent, he is planning to return to live in the town, where LECS UK has an office, alongside others in London and Manchester.