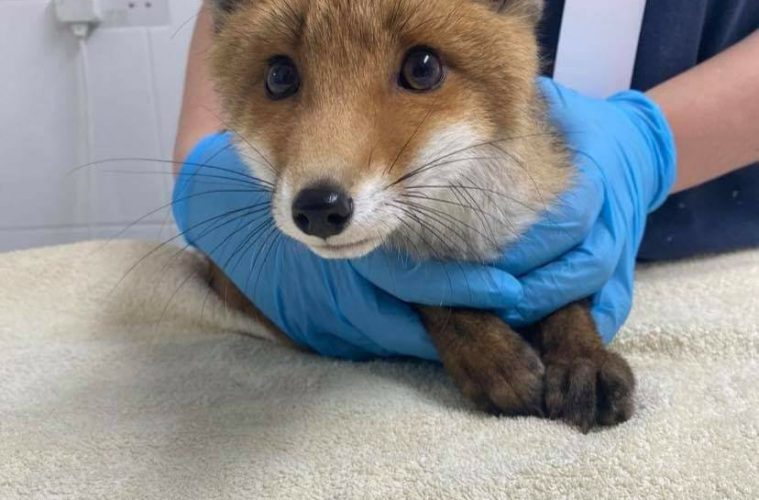 East Sussex WRAS said the gap between them was quite large, so it was confusing that she managed to get stuck:

“When rescuers arrived, they realised her only exit led her into the open with no cover and each time she approached, she was chased back by dogs.

Sadly, dispite a LOT of responsible dog owners who called their dogs away and put them on leads (if they weren’t already) there were some dogs involved who were off leads and didn’t appear to be called away by owners, causing the further panic to the already confused cub.

The young fox cub had found a small hiding hole under a bush, between the courts, to stay safe in whilst being watched over by the family who reported her.

A huge thank you to all those who called and acted sensibly around the area this morning and to the young family, for keeping her safe and helping rescuers ensure she was caught and brought into care safely.

Due to reports of her being chased by dogs, although she hadn’t been seen to be caught, we wanted to give her a thorough check over to make sure.

Luckily, no wounds were found and she is fit and healthy.

She will be returned to the area later tonight, where she will be able to reunite with her family, with no danger from the daytime hazards. Hopefully, she has learnt not to go exploring the tennis courts again!”