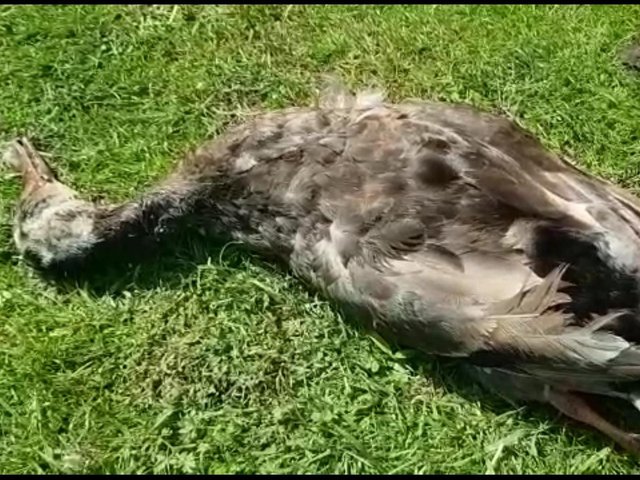 A FRESH appeal has been issued after the horrific killing of a duck at Hellingly Country Park.

It happened on Thursday at around 3pm, and police are involved.

Rescuers Trevor Weeks, Julie Stafford and Jack Ley, from East Sussex WRAS were attending the site after reports of an injured goose, but on their arrival they discovered a severely injured mallard duck struggling to breath.

Rescuers witnessed several young lads, with the duck, who fled the scene as rescuers approached. The mallard duck was unconscious, unresponsive and passed away at the scene.

The duck was found to have an injury to its neck, multiple fractures to one wing, and possible crush injuries.

Rescuers dialled 999 and Sussex Police attended on site and are now investigating the incident.

East Sussex WRAS are asking anyone with information on the incident or who has CCTV of the area or surrounding roads, to contact Sussex Police via e-mail 101@sussex.pnn.police.uk.

The veterinary examination of the bird is quite horrific and states that, “in the absence of bite wounds and if no vehicles in the area, the injuries were caused through having been kicked or struck several times by a human. The duck may well have survived several minutes before actual death after receiving the injuries with the neck injury being the main one causing death.”