From 32 Covid deaths to 157: how Eastbourne fared so badly in wave two 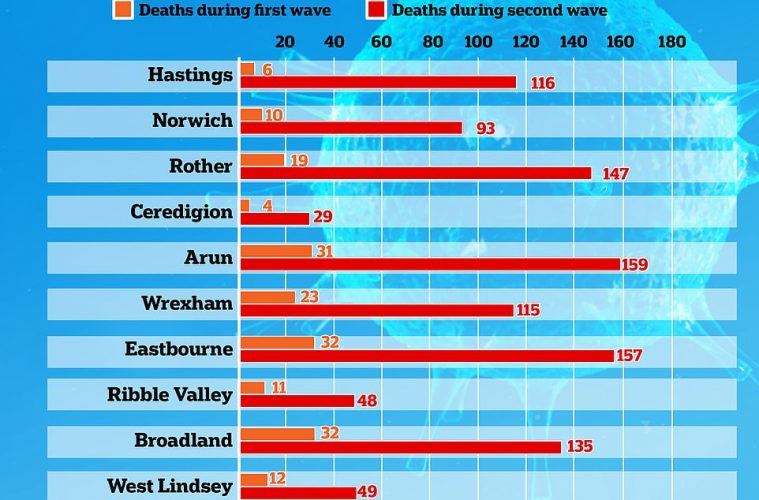 THIS is the picture that shows a very sad story.

Eastbourne has today been identified as the seventh highest area in the country hit harder by the pandemic in January than at the peak of the first wave.

East Sussex suffered the biggest hit, with three of its five local authorities in the top ten worst affected.

These included Hastings, where Covid fatalities surged 19-fold, and Eastbourne, where they leapt four-fold.

In East Sussex, for example, its Conquest and Eastbourne District General Hospital grappled with five times more Covid-19 patients last month than during the first wave, with approximately half of its beds used up by those suffering from the virus.