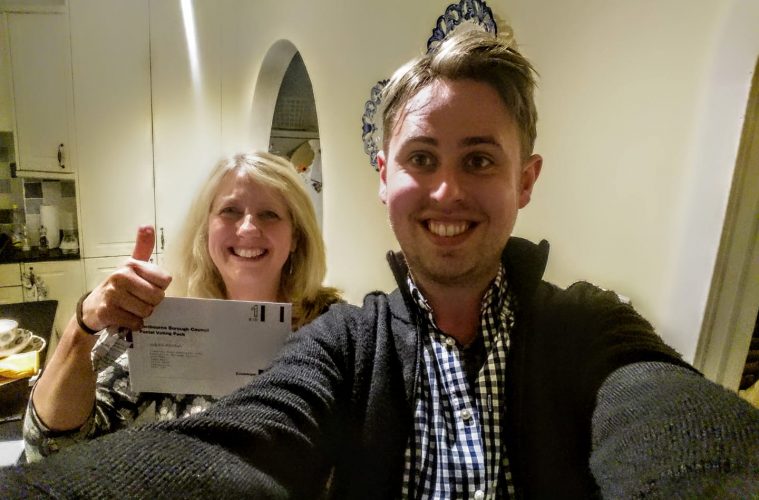 The meeting was only meant for Tory members.

Robert is Deputy Campaign Director for the Kent Conservative Group. He is a previous Parliamentary Assistant to Caroline Ansell MP.

Robert Findon said: “I was equally delighted to spot amongst the crowd, joining the intimidatory throng and *some* of the chants, two ‘Liberal’ ‘Democrat’ councillors on the local council. It raised two questions in my mind:

1. Will they explain to their residents who vote Conservative exactly why they felt the need to join a mob calling for the overthrowing of a democratically elected government, and also precisely what is so evil about voting for the oldest democratic Party in the world?

2. Does Josh Babarinde condone such behaviour from his colleagues? If yes, on the grounds that peaceful protest is a wonderful thing (which I agree with), why wasn’t he there too?”

And if no, will he publicly condemn their presence as not appropriate for elected representatives?”