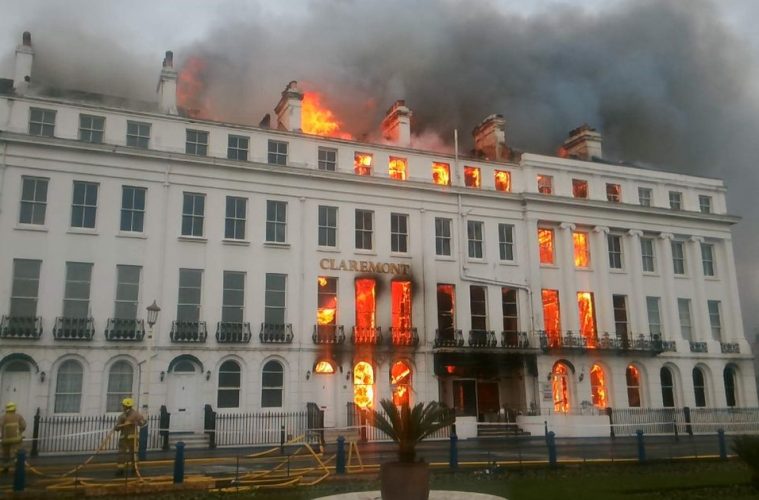 A GAS leak has been revealed as the cause of last November’s huge fire at the Claremont Hotel on Eastbourne seafront.

East Sussex Fire and Rescue says it has now concluded its investigation.

A spokesman said: “Since the incident on 22 November 2019, our fire investigation team have worked to determine the cause, gathering and examining a range of evidence and witness statements.

“We have concluded that a small gas leak from the internal gas main ignited.

“The vertical internal gas main was boxed-in with other utilities against the side of a lift shaft which provided for rapid vertical fire spread to the upper floors of the building.

“Unfortunately, the damage caused by the fire and the subsequent damage by storms means that the Grade 2 listed building had to be demolished.”

At the height of the incident, 12 fire engines were at the scene, supported by specialist vehicles and officers.