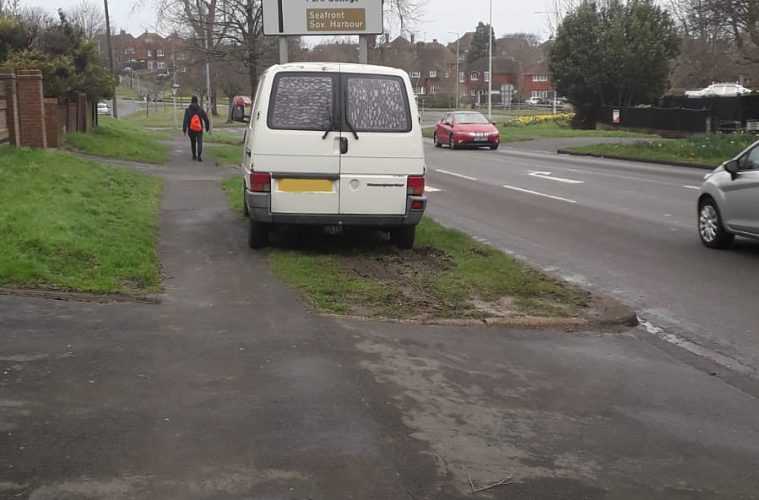 Eastbourne’s grass verges are being trashed and spring flowers crushed to death by inconsiderate motorists who are using the areas as car parks. Conservative councillors in one part of the town have had enough.

“Why do we bother?” – asks frustrated Conservative councillors in the town.

Councillor Colin Belsey said: “My fellow Ratton colleagues and I had the daffodils planted from our devolved budget; why on earth would someone be so callous as to drive over them after walking their dog on Westlords? This person obviously has no respect for others who enjoy the first signs of spring coming up.”

Cllr Belsey was sent these photos by a resident on Willingdon Road, who was disgusted at the way our verges are being treated.

“The van on the opposite side of the road is churning the grass up by parking on it; what a mess and again who pays the bill to put back into order hopefully the van owner,” he adds.

“I have notified both East Sussex and Eastbourne Councils of these happenings and have sent the vehicles numbers in the hope that they can get these people penalised.”