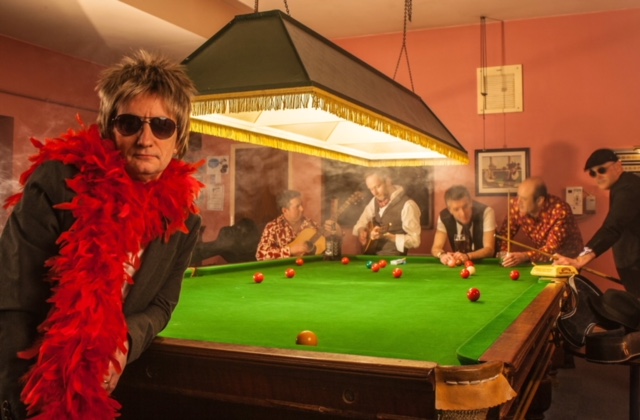 The good times continue for music fans with the Bandstand’s popular tribute nights taking place in the Winter Garden and Welcome Building during the winter months of 2022.

All the usual performances which would usually take place at the Bandstand have moved to the Shackleton Hall within the Devonshire Quarter until March. And for one weekend only in January, the tribute shows will be held in the newly refurbished Winter Garden.

The new year offering kicks off on Friday 7 January with a Rod Stewart Tribute Night in the Compton Street venue.

Wrong Stewart & The Farces are taking audiences by storm performing the timeless classics by Rod Stewart and a selection of Faces material.

The show packs all of Rod’s many hits, from an outstanding career spanning five decades, into a non-stop exciting performance. Beginning with the rock and pop classics of the sixties, when he sang with the Faces, through to the soul, Motown and swing of the Great American Songbook albums, this Rod Stewart tribute act can sing them all.

On Saturday 8 January Queen fans are in for a treat as Pure Queen perform their unique tribute to one of the world’s greatest rock bands and Freddie Mercury on the Winter Garden stage.

Highly regarded as one of the UK’s leading Queen tribute bands around, Pure Queen deliver a performance of Queen classics that will leave you gasping at frontman Mark Sander’s wonderful interpretation of the great man.

The production is flamboyant with an historical look at the legend that will endure and always remain timeless.

Hit songs to be performed on the night include Radio Ga Ga, I Want To Break Free, We Will Rock You and Killer Queen.

Other tribute night shows planned for in the coming months are Bon Jovi, Adele, Elton John, Little Mix and Abba.

What’s On at the Winter Garden

With Wrong Stewart & The Farces