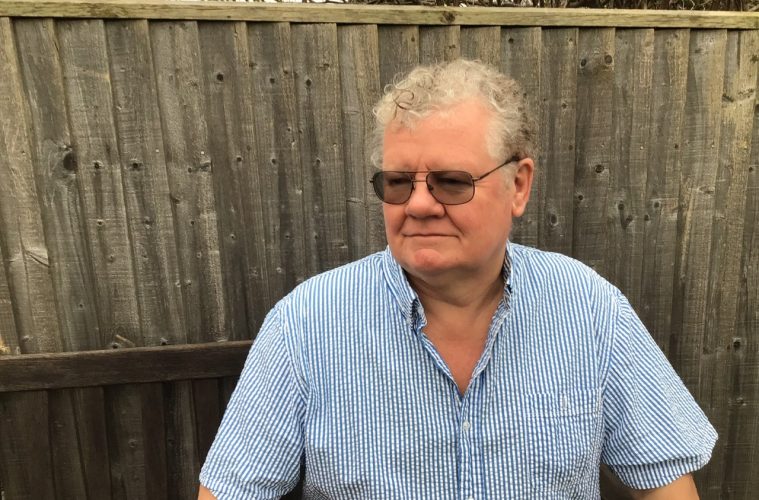 If You Cannot Say It Then Write It Down!

They are the wise words of a man from Hampden Park, who has produced a new book containing 100 poems.

Mike Taylor has called it: “The Ramblings Of A Socially Distanced Mind” and all the poems have been written during Lockdown.

He said: “This all started 20 years ago when I realised at times that I wasn’t the best at communicating. I found it hard to express my feelings to others at times.

“So very often I used to write down what I was thinking, and it helped.

At the time I was working in London and at lunchtime I would often write down my ramblings and then throw the paper in the bin. They were however salvaged by a co-worker who typed them into a booklet for me and as a Xmas present my partner had them made into a small hard back book – two copies only – one for me and one for her”

Mike recalls: “I was bored, sat in my conservatory and looking out of the window into the garden.”

“So, I decided to write. I put a few of my new ramblings on Facebook and when I stopped, people were asking where were my poems as they found them a diversion.”

Mike produced 25 and turned them into a small booklet which he sold for £5 a copy. He raised around £350 for The JPK Project in Old Town and People Matter, where he is a volunteer.

He then continued writing them, at his peak, one a day.

Mike said: “During Lockdown I felt that people were too keen to criticise the unknown. You cannot make knowledgeable decisions without having the knowledge!”

“And so the poems went on, covering a wide array of subjects including Covid, the garden and really whatever caught my attention at the time.”

“It might be something on television, watching a heron in my garden. My favourite effort is ‘what is the point of wasps?’

“A friend of mine runs a garage so I did one on cars not being used so much during lockdown. Another was on a nice cup of tea, and another on how to fill an empty day.”

Mike is well known in Eastbourne. He runs The Eastbourne Open Bowls Tournament annual event and is Mens Captain at Eastbourne B.C. and a former President of Eastbourne &District I.B.C.

His final thought again: “If you can’t say it, then write it down.”