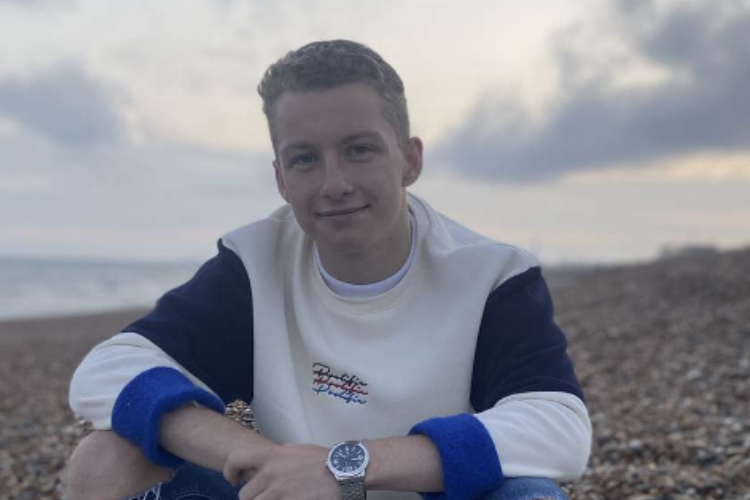 Harrison: 'I wanna be a millionaire before I'm 23'

Harrison: ‘I wanna be a millionaire before I’m 23’

Harrison is not your average teenager. Instead of living for the weekend, spending all his money on designer clothes, and socialising all night long with his friends, he has always had a very specific goal in mind; become a millionaire before he is 23.

It is a bold dream, but Harrison is confident that with his enthusiasm, resourcefulness, and evolving business plan that anything is possible.

“I’ve seen in my head what I want,” Harrison told us exclusively for this blog, ‘and how I might get there. I’m willing to put in the time and effort to achieve it”

Harrison has always loved toys, and like many he was especially drawn to Lego. He loved Lego so much when he was younger, his whole dining room was devoted to it, with his family only using their dining table at Christmas (after a vigorous tidying up session!). However, as he got older, he played with Lego less and less, and made the decision to sell some of his unopened sets onto new homes for someone else to enjoy. Upon doing some research, it became apparent that the demand for discontinued Lego sets was high, and they were worth a fair amount of money.

“They say that Lego is a better investment than Gold”

Cashing in on the demand, Harrison boxed up his Lego sets and began selling them online, but it didn’t stop there. Recognising the demand for not only Lego, but also other toys and models, he began looking for new and boxed items on auction sites, at boot sales, and even his local supermarket, that he could repurpose and connect with the right buyer for a modest profit. As this venture grew, he reached a point that he needed somewhere to store his wares, so for Christmas that year, much to the surprise of his parents he asked for a storage unit, which, after much discussion, they kindly provided.

This small business venture, solely based on the concept of supply and demand has made waves, with customers seeking out Harrison when he visited boot fairs, school fairs and local markets to sell his finds to great returns. In the lead up to Christmas 2019, he was finally ready for the next step in his journey and was offered the opportunity to setup a pop-up shop in Langney Shopping Centre.

For those who are unaware, Langney Shopping Centre is a small Shopping Centre on the outskirts of Eastbourne, which over recent years has seen significant investment of £6.5 Million, providing 13 new shops, a 24hr gym and offers free and easy parking. In light of new investment, in February 2020, national chain Home Bargains joined Iceland, Tesco and other independent stores to see the Centre’s growth in popularity and visitor levels against national trends.

After the smash hit success of his pop-up shop, Harrison realised in order to achieve his dreams he needed to setup a more permanent base. What had started as a vocation on his way into a lucrative career in property development, was to become a full-time job, with most of his earnings going back into the business for stock. He had also recognised a clear market to both collectors and hobbyists who would frequent his store to see his latest stock, and local families looking for gifts/a treat for their children.

Following this revelation, in Jan 2020 he enquired about a permanent store within the Centre, and was offered his current unit. To remain in the Centre was an easy choice for him, he was already building up quite a following thanks to social media and word of mouth, he lived locally, and the Centre was more affordable than a more central location, allowing him to offer his stock at a reasonable price without sacrificing his profit margin.

After taking out a £25,000 Start Up Loan to get his shop off the ground, it was a shock when in March 2020 Harrison was forced to close as the country went into lockdown with the COVID-19 pandemic. All of his income at the time had been invested into his business, he was too new to qualify for any government support, and he understood how important the initial stages of a new shop are. Harrison however was not going to be deterred.

He spent the proceeding months working on his offering, ensuring he had the right stock for when he was able to reopen, which led him to have an excellent summer and lead up to Christmas 2020. The following lockdowns also didn’t dampen his mood. This time qualifying for a local authority grant, Harrison threw himself into making The Toy Shop more appealing to customers, using his previous knowledge gained from a building multi-trades course at East Sussex College, and the experience of a local builder to redecorate, replace the carpets, update the electrics and fit some quality shelving.

“I wanted it to be a place you want to go to, bright, open and clean” he told us.

You could be forgiven for thinking that Harrisons biggest challenge since his opening was navigating a global pandemic, but he told us his frustrations have mainly come from keeping up with toy trends and managing The Toy Shop’s stock levels, ensuring he has the right products for his customers. As of writing, he was currently trying to set up an account with Lego directly after he was having difficulty gaining stock from some suppliers as a young independent entrepreneur, but despite these challenges, Harrison is optimistic for the future and has already set up a number of deals.

Mission for a Million

Looking ahead Harrison has some big plans for the future. Already employing a part-time member of staff, he is looking to expand and employ a second team member to manage and develop the online store on his website.“Owning ‘The Toy Stop’ was something that developed naturally for me,” Harrison explained, but my long-term aim is simply to be successful, so this is just the start.”

His goals for the shop are already growing into ideas for a travelling shop to visit boot fairs and summer events, and a larger premises to enable him to stock a larger variety of collectors items such as models and trains. His ability to visualise his end goal and the steps needed to get there, as well as his enthusiasm is admirable, a feeling that is shared by his parents who he tells us despite their natural worry over the stability of his future, are proud of what he has already achieved at such a young age.

A role model for a generation of future entrepreneurs, we asked Harrison what his advice would be for those looking to take the step into setting up their own business. He told us:

“You really have to work hard and put in the effort to get what you want. It also takes time to accept that not every day will be a good day, success is not guaranteed, you have to work at it. The key is believing in yourself and going with your gut. There will be many people out there who will try to give you advice, but remember not every piece of advice is good”

Locate East Sussex are here to help businesses like ‘The Toy Stop’ to achieve their growth plans, demonstrating the strength of the economy in East Sussex, and creating jobs in the county. We wish Harrison all the best for the future, and will support him in any way we can achieve his long-term goals. You can find out more on The Toyshop by visiting their website: www.toystopsussex.co.uk

This is from the Locate East Sussex website https://locateeastsussex.org.uk/