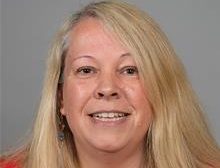 MP Caroline Ansell today called on Liberal Democrat Leader Ed Davey to discipline one of his Eastbourne councillors for holocaust distortion after they likened the “tagging of migrants” with a Star of David being forced on Jewish people in Nazi Germany.

Councillor Helen Burton posted the comments on her Facebook page in a move that has been condemned by the Holocaust Educational Trust (HET) and Eastbourne resident and holocaust survivor Dorit Oliver-Wolff BEM.

In the June 18 post she said: “Tories now want to electronically tag migrants. Anyone else reminded of the (yellow star emoji) the Jewish Community was forced to wear by the Nazis?

Caroline contacted the councillor to ask her to take the post down saying: “This is a clear example of a growing tendency of Holocaust Distortion which trivialises the Holocaust. The systematic classification, dehumanising and murder of six million Jews is a crime beyond comparison.

“It would be better to pursue your criticism of the government using less inflammatory language.”

“The use of electronic monitoring is very limited.  It is used where there is a risk of deportation orders being evaded, in the case of foreign national offenders being one such example.  I regret this intervention has to be used at all but it is not standard practice applied routinely to all “migrants” as suggested by Councillor Burton.”

“I’d like to apologise for any offence caused by the message I shared about the Conservative policy of tagging refugees.  That was never my intention.

“Nothing compares to the full horror of the Holocaust.

“I was simply drawing attention to a government policy that I and many others believe to be wrong and made an historical reference to how the Jewish community was demonised in Nazi Germany.

“I became a councillor to have a stronger voice in standing up for the rights of all members of our community, particularly those less able to defend themselves.

“I was elected to use that voice and I take that power given to me by our community very seriously.”