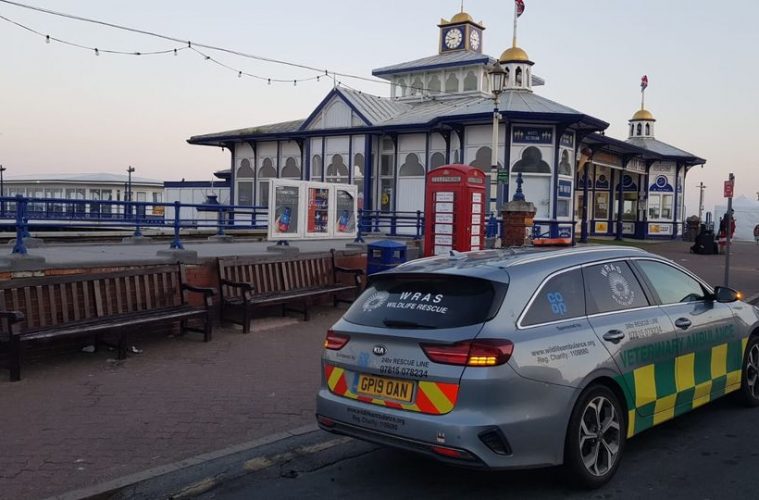 AN adult herring gull was caught in fishing line hanging under Eastbourne Pier and had to be rescued by a wildlife charity.

The East Sussex Wildlife Rescue & Ambulance Service was called to the scene.

It says: “Rescuers responded to an emergeney call-out from Sussex Police after a member of the public called them reporting an adult herring gull caught in fishing line hanging underneath Eastbourne Pier.

The gull’s wing was caught in the line and was hanging down in the middle of a very long piece of fishing line strung between the top of the pier and a metal girder just over half way down.

Rescuers were able to reach the end of the line which was caught against the back of the railings. Wearing thick gloves rescuers were able to wind the fishing line around their hand pulling it tightly enough to snap the line allowing the gull to be pulled up to the top of the pier in order to be cut free and rescued.

The gull has been taken back to WRAS’s casualty centre tonight for a good meal and check over. It is hoped that the gull’s shoulder is not damaged and that he can be released back to the wild soon.”