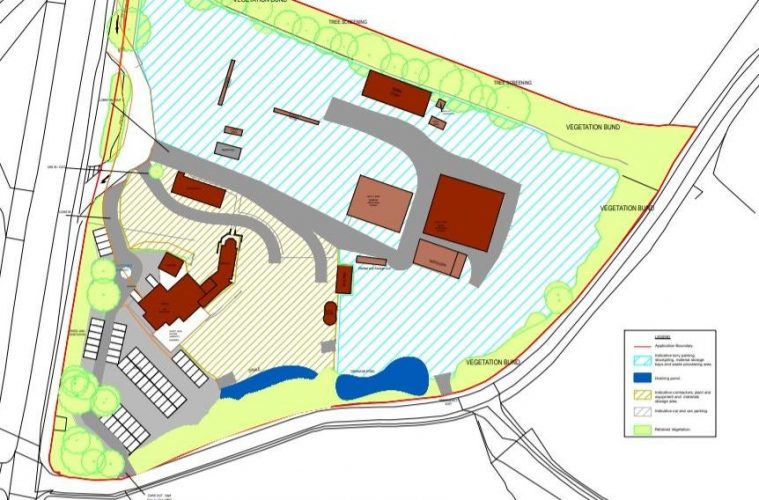 THE Highways depot and waste plant between Hailsham and Polegate will be expanded.

East Sussex County Council’s planning committee approved an application for a series of works at the Woodside Depot, off the Polegate bypass.

Among other works, the proposals would see an extension of the depot’s yard, the construction of barn to store waste from highways works and formal permission to operate from the site 24/7 (which the applicant already does), with special permission to operate some waste recycling works at night, for a limited number of days per year.

While the depot has been in operation for quite some time, the proposals had proven controversial with neighbours, who feared the extension would lead to increased noise and disturbance.

Speaking at the meeting, neighbour Heather Rajaratnam said: “We have objected to this application on the strongest possible terms in view of the significant adverse impact the operation will have on the enjoyment of our property.

“The noise mitigation measures proposed by the applicant have not been adequately secured by the county council and should be assessed now to determine their adequacy and tested to ensure they are an effective means to reducing the noise.

“A 7am start for the crushing and batching [of waste] is not acceptable for us. We would request a start time of 7.30am during the week and 8am at weekends.

“When the crusher is working we hear it in every room of our home and it is intolerable.”

Mrs Rajaratnam called on the council to refuse the application, but argued that the council should ensure there was no increase in noise level if the development were approved.

As part of this, she called for the applicant to be made to keep a record of all night time recycling works to ensure they stuck to the time limits proposed.

Similar views were raised by Peter Mills, another neighbour to the site, who also raised fears around dust pollution.

In light of the concerns raised by residents some committee members argued in favour of deferring the scheme.

These members included Bob Bowdler (Con), who said: “Although we value the business, we also value our residents.

“I think there is room for compromise here, so I’m going to ask if I can move for a deferment in order to come to some amicable agreement between the applicant and the residents, so we can all be a happy with this.

Other committee members felt uncomfortable with this proposal, however.

Godfrey Daniel (Lab) said: “Compromise is not what this is about, either the planning application is appropriate or it is not appropriate. This isn’t like the United Nations or the Brexit negotiations.

“We as councillors have a duty to determine applications. I’m sure if everybody could be happy together it would be a wonderful world, but it isn’t going to be like that.

“You’ve got an industrial site in the same area as there are people living. Those people are understandably going to be hostile to changes if they don’t really know what is going to happen.

“I don’t think that is any reason for deferral. I don’t think legally we can just defer it in the hope that they all get together with the principals and have a party.”

Committee chairman Richard Stogdon (Con) shared this view, arguing that the concerns around noise could be better addressed through extra conditions.

Cllr Stogdon proposed stricter conditions on the use of crushing machinery on site, moving the earliest it could start from 7am to 8am. Other time limits would remain the same.

Following further discussion a motion to defer the application was voted down, with the scheme approved with Cllr Stogdon’s amendment.