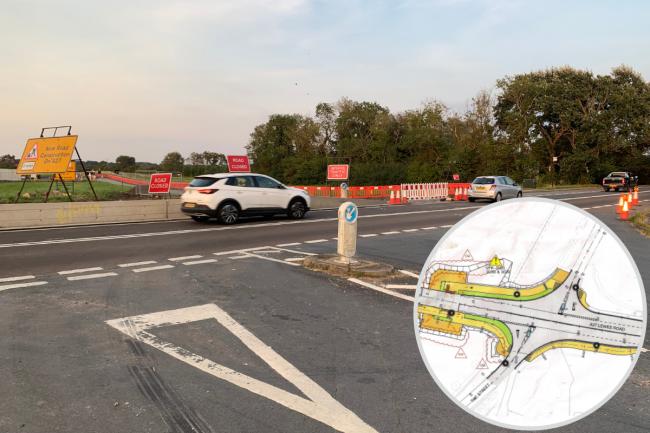 Highways England cancel road widening of A27 at Wilmington

Highways England cancel road widening of A27 at Wilmington

THERE has been frustration at the cancellation of road improvements at an “accident black spot” after Highways England revealed revised plans.

The previous plans, which were at the crossroads on the A27 in Wilmington, have been cancelled with people in the area saying they received no further explanation on why the widening of the road would be cancelled.

Residents are now asking for the plans to be reversed, although works have already begun.

The original plan also included adding a central lane for cars to turn into The Street and Thornwell Road by widening the road.