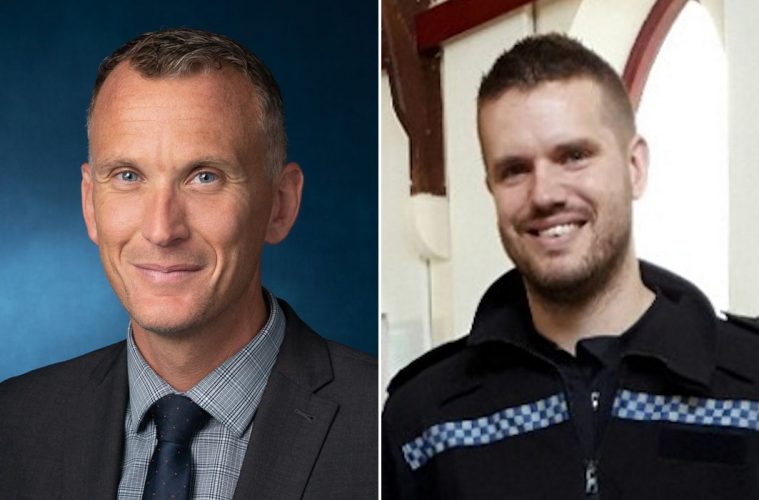 Two Sussex Police officers have been recognised in the Queen’s Birthday Honours List on 12 June for their outstanding contribution to policing in the county.

Steve is the force lead for public protection including domestic abuse. During the Covid pandemic he reviewed and restructured the force’s response to incidents of domestic abuse and recognised that victims could find themselves in confined home situations which could hamper their ability to report incidents of abusive behaviour and seek assistance from police and other services.

He launched a team of trained officers to respond to victims in a timely, remote and discreet way. Exploring technology options outside policing, he learned from industry experts what was available to enable us to reach out to vulnerable victims and ensure their safety, as they took the first steps to report crimes to police. This technology enables victims to enter a secure webchat room where they can speak safely to an officer and explain their circumstances. An assessment can then be made about the level of threat posed and support them to take the next steps.

In addition to this process for non-emergency incidents, he worked with colleagues across the force to ensure that there were fast time response resources, 24 hours a day, who were specifically tasked with attending incidents of domestic abuse.

The Sussex initiatives were taken to a national domestic abuse forum, and were shared and adopted elsewhere. With the support of the Sussex Police and Crime Commissioner he has also worked with the Home Office to explore issues around domestic abuse more comprehensively.

Chris Varrall’s award recognises his outstanding initiative and personal commitment in creating and launching two local safeguarding projects whilst a Sergeant in East Sussex have received national recognition by the Government as good practice.

Operation Discovery was launched in East Sussex in November 2017 to identify and safeguard victims of Human Trafficking and Modern Slavery. He realised agencies were working in isolation,so that vulnerable victims were not being identified and safeguarded. He worked tirelessly to form a unique partnership to tackle this often ‘hidden crime’. Due to his personal motivation and care for these victims, he spent many hours, often in his own time, raising the awareness of the problems and influencing relevant key stakeholders at a high level.

As a result of his initiative, hundreds of victims have been safeguarded, awareness has been raised nationally and offenders have been brought to justice.

Alongside this work, Chris identified that a cohort of young people consistently caused low level anti-social behaviour. He realised that partner agencies were not working together in deterring these young people from their behaviour to prevent them from being criminalised.

He devised a 5-step escalating approach with agencies providing education, activities and mentoring schemes. He managed to secure substantial funding to support this project. In just the first year, 938 young people have engaged with the scheme and 769 have been formally referred.

The initial pilot was so successful in reducing ASB it was adopted by the Force under Operation Reboot and has secured long term funding and support from the PCC. Reboot was recently acknowledged in Parliament by the Policing Minister as good practice and five other forces are looking to adopt the scheme.

Steve Rayland said: “I am delighted and humbled to have been nominated for this award. Policing is all about a team effort and it is a privilege to work with really committed police officers and staff who are passionate about protecting vulnerable people. The pandemic created significant challenges for policing domestic abuse and changing our response to ensure that we could support those in need was vital. I am proud of what Sussex Police is achieving in supporting and protecting victims, and investigating domestic abuse.”

Chris Varrall, who is currently the Neighbourhood Policing Team Inspector for Rother District said; “I was shocked and amazed when I received the notification from the Cabinet Office that I had received this award. Working on designing and developing both Reboot and Discovery we took a whole partnership approach and I will forever be thankful for the exceptional people that make up both teams, diverting people away from the dangers and risks that they face. This battle doesn’t end here and must continue, as exploitation exists all around us. I cannot thank Sussex Police and Sussex PCC Katy Bourne enough for supporting both these initiatives.”

Chief Constable Jo Shiner said: “On behalf of everyone in Sussex Police I extend our congratulations to both Steve and Chris.

“Combating domestic abuse, modern slavery and the vulnerability of young people are priorities for the force, and we are delighted that the innovative and committed approach of our two colleagues to developing new ways of protecting the public, has been so publicly and nationally recognised.

“This recognition is also a tribute to the teamwork and enthusiasm of equally dedicated officers and staff working with them across the force.”

Sussex Police and Crime Commissioner Katy Bourne said: “I’m proud that two Sussex Police officers have been recognised in the Queen’s Honours List for their innovative contributions to ensuring the safety of some of our most vulnerable.
“Steve has spearheaded the force’s response to domestic abuse during the pandemic, which has been nationally commended and has helped so many who may otherwise have slipped through the protective net.

“The early intervention programme, Reboot, was funded by and run out of my office for three years so during this time I was able to see first-hand the passion Chris has for turning around young people’s lives for the better.

“I want to thank them both for their outstanding service and congratulate them on this well-deserved recognition.”