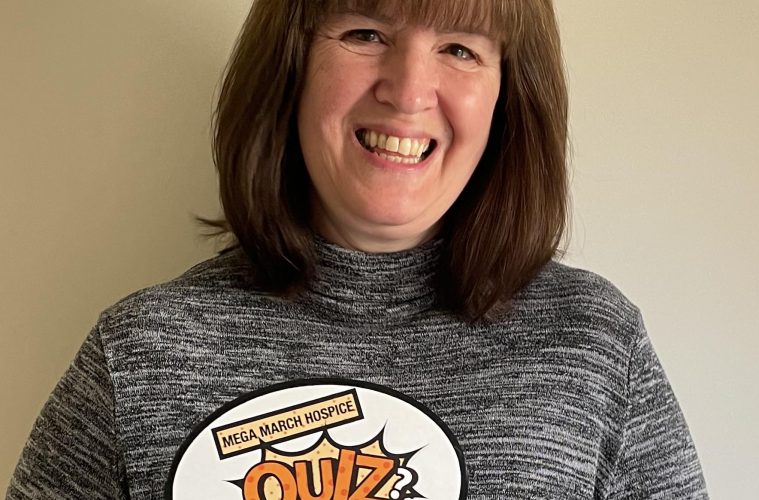 March ended in a little dose of madness for hospice nurse, Jane Fairweather.

The regular pub quizzer swept the board in the hugely popular Mega March Hospice Quiz with an amazing 84 out of a possible 88 points, edging out strong competition from runners-up Rebecca Hope and Elizabeth Linton.

A thrilled Jane discovered the quiz on social media only two days before the closing date. She was as delighted as other contestants that the event – endorsed by Pointless celebrity quizmaster Alexander Armstrong and organised by the Friends of Sussex Hospices in collaboration with all 13 of the county’s hospice care providers – raised more than £4k.

The charity has a special place in Jane’s heart, as she works as a nursing assistant at the Hospice in the Weald, Cottage Hospice in Five Ashes.

“Although I’m a regular pub quizzer this was rather special as the charity it raises funds for is very close to my heart,” said Jane, who modestly put her success down to a good memory. “I see the benefits of hospice care every day in my working life. I’m absolutely thrilled to win”.

In the eight years since it was conceived in a “moment of madness”, event organiser Robert Griffiths said FSH was thrilled that hospices had benefitted from the amazing total of £107k raised.

FSH chair of Fundraising and Management, Kathy Gore, said that organisers had been delighted that some supporters who were reluctant to attend indoor events had been able to take part in what has become a hugely popular annual online fundraiser.