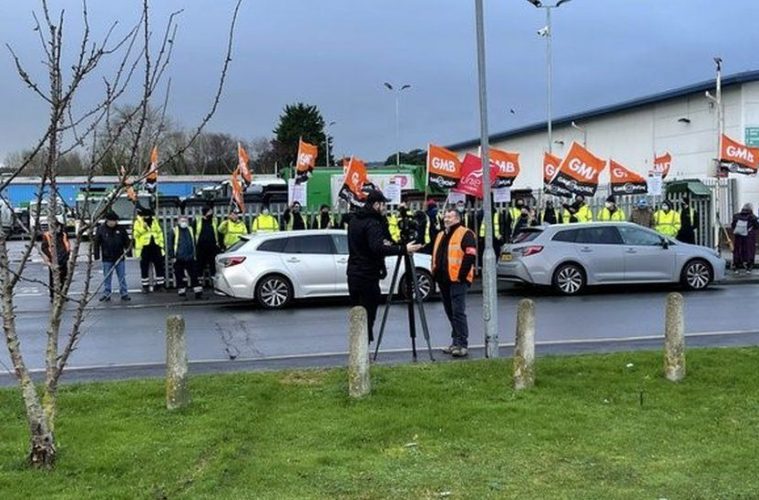 How can the union justify stopping staff collecting refuse in Eastbourne?

How can the union justify stopping staff collecting refuse in Eastbourne?

“ON Friday morning a group of GMB Union representatives from outside Eastbourne blockaded our Courtlands Road depot to stop our vehicles and staff from collecting refuse in the town.

In a clear breach of the regulations governing lawful picketing, the eight GMB Union representatives stood in front of the lorries as they tried to leave the depot.

It should be noted that the action by the GMB Union today follows a 7% pay rise offer made this week.  The GMB Union is demanding 25%.

There are just 19 staff on strike out of a workforce of 88.  Our staff turned up for work, but the GMB Union stopped them.

Contrary to any suggestion otherwise, the drivers today are fully qualified and authorised to drive the waste collection vehicles.

We are liaising with Sussex Police and can assure our residents we are doing everything possible to collect the refuse and bring an end to this dispute.

Additionally, there is a national pay award negotiation underway and the current offer is 1.75%.

Annual leave was also increased to 25 days for all staff.  Previously, many staff only received 20 days holiday.

With the above in mind, we believe this latest offer of a 7% increase for drivers and 3% for all other SEESL staff is very generous. We are still waiting to hear if it has been accepted.”