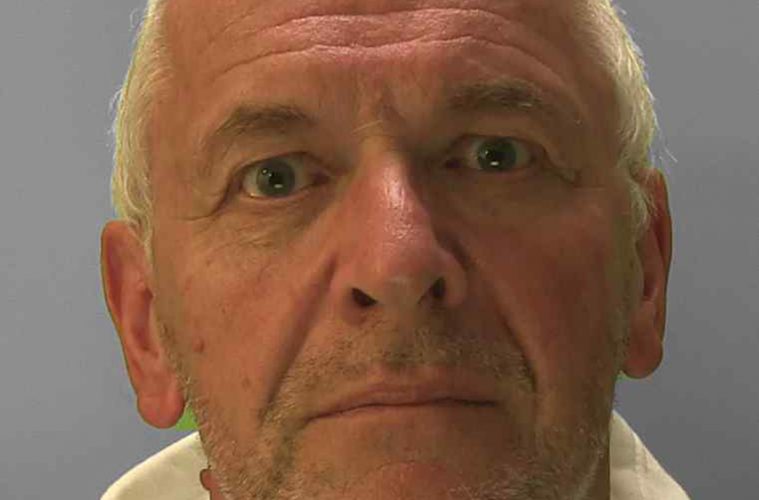 A man has been jailed for 25 years after he was convicted of the murder of Jacqueline Hoadley in Eastbourne.

Raymond Hoadley, 62, of Willowfield Road, Eastbourne, was unanimously found guilty of the murder of his estranged wife Jacqueline at Hove Crown Court on 22 January following a three-week trial.

He appeared at Lewes Crown Court on Monday (22 February) and was sentenced to a minimum of 25 years custody by Judge Jeremy Gold QC who told Hoadley that his motive for murdering Jacequeline was financial gain and had used a knife in the killing.

Judge Gold also commended the police for their investigation into the case and bringing Hoadley to justice.

The court heard that on Sunday, 5 July, 2020, police launched a murder investigation after the body of 58-year-old Jacqueline was discovered inside her Eastbourne home which she shared with her two children.

Officers established that on the evening of the 4 July, Raymond climbed over the fence of the property, broke into the house and brutally murdered Jacqueline.

The jury found Raymond guilty of murder after deliberating just over two hours.

“All members of the team has been touched by Jacqueline’s (pictured) commitment to advancing the rights of disabled children, as well as opening her heart and home to her children who she loved and cared for unconditionally. Jacqueline’s family have been incredibly strong throughout and have been very supportive of the investigation, for which we thank them.