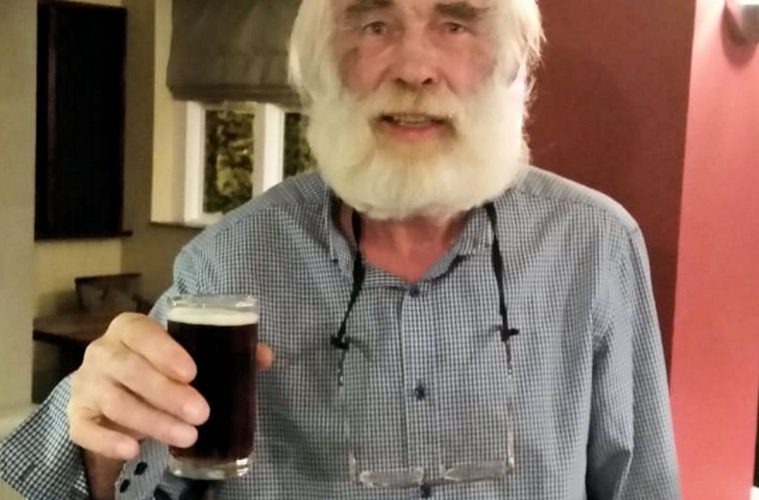 Nicholas Bailey, 74, was killed in the collision in Turners Hill Road, Crawley Down in June 2020. His daughter Nicola has spoken out following the conviction of Kevin Pratt, who admitted drink driving and causing death by careless driving.

“By the time I got to him at the crash site he was gone. The images from that evening will stay with me for ever.”

These are the words of a woman whose father was tragically killed by a drink-driver.

Now, after the man responsible was jailed, she is pleading with motorists not to get behind the wheel of their vehicle if they have consumed alcohol or drugs.

Nicola Bailey has described the “complete and utter devastation” caused for her family after her much-loved father Nicholas Bailey, 74, pictured above, died in a collision at Turners Hill Road, Crawley Down on June 25, 2020.

She has added her voice to support the Sussex Police campaign to stop drink and drug drivers this Christmas.

Drink-driver Kevin Pratt had consumed several glasses of wine all afternoon on June 25 after attending a barbecue with friends. He had his last drink just 20 minutes before driving home with a passenger in his Vauxhall Astra.

Witnesses said Pratt failed to see Mr Bailey who was clearly visible on his motorcycle. Pratt turned into the path of the victim who had no time to react.

Now, Pratt, of Spring Plat, Crawley, has been jailed for two years and three months after he pleaded guilty to drink-driving and causing death by careless driving.

At Hove Crown Court on December 21 he was also disqualified from driving for four years and six months.

Following the sentencing, Nicola Bailey said the incident is a stark reminder of the potential consequences of drink or drug driving, which is one of the major factors in why people are killed or seriously injured on our roads.

She said: “Mine and my family’s lives have been smashed apart. The pain and grief of losing my Dad in such an horrific manner is both unbearable and indescribable. It is complete and utter devastation.

“If I had one message for someone thinking of driving who has consumed alcohol or drugs, it would be STOP: You have a choice.

“I beg anyone who thinks about drinking or taking drugs and driving: do not do it. You put everyone else’s lives at risk, and your own.

“Could you live with yourself knowing that you had killed someone and shattered so many other lives alongside? You have a choice.”

Nicola said she misses her father Nicholas every day, and said: “I am lucky to have so many wonderful memories to hold onto, and so amazingly grateful to have had the memorable Nick Bailey as my Dad.

“He was utterly unique, a huge character and I was truly blessed, but he should still be here, by my side. His huge presence will forever be felt by myself and many others.

“The wonderful man riding home on his motorbike, back to his daughter and granddaughter, never got home. His right to life was stolen from him.

“That was not his choice. I waited and waited for him, but I never got to see him alive again. I never had the chance to say goodbye and tell him that I loved him so very very much.

“It was too late. By the time I got to him at the crash site he was gone. The images from that evening will stay with me for ever.

“The man that killed him, he had a choice. He chose to drive after he had been drinking. Every action carries consequences, and the consequences of his actions were fatal.”

Yet despite the devastation that can be caused, officers have already made 152 arrests as part of the campaign so far, which runs from December 1 to January 1.

Examples include one driver who has been arrested on suspicion of drug-driving twice in four days, another suspected drink-driver who collided into three parked vehicles, and a suspected drug-driver who ignored and drove through a police road closure while officers dealt with a serious incident.

• Killing or seriously injuring yourself or someone else;

• A criminal record, which could affect your current and future employment;

• An increase in your car insurance costs;

• Trouble travelling to countries such as the USA.

The campaign is supported by the Sussex Safer Roads Partnership and DriveSmart in Surrey.