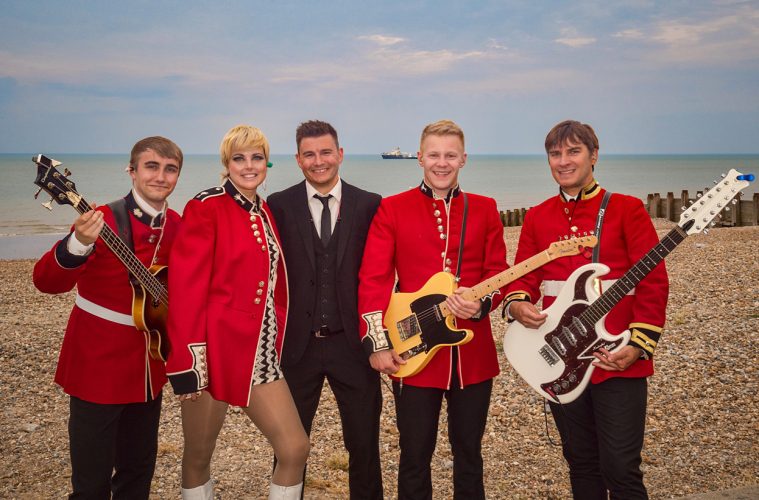 It’s Big Band week at the Bandstand with the Traditional Afternoon Concert bringing music from brass, concert and silver bands to the seafront each day from 3 – 6 August, rounding off the week with a bonus concert Sunday 8 August.

Continuing with the big band theme, The Central Band returns to the bandstand on Thursday 05 August for The Big Band and Swing Sound under the baton of former Director of Music on HMY Britannia, Captain David Cole. Formed in 1944, the flagship band of The Royal British Legion has previously played in iconic venues including The Royal Albert Hall.

Prepare for a high impact evening of funk driven tunes on Friday 06 August with the UK’s premier Level 42 tribute, Never 42. Recreating the amazing sound and atmosphere of the 80’s jazz-funk band, fans will be treated to all of the hits including ‘Lessons in Love’, ‘Something About You’ and ‘The Sun Goes Down (Livin it Up)’.

Join The Zoots for their Sound of The Sixties extravaganza as they relive the decade with a spectacular non-stop performance on Saturday 07 August. Performing hit after hit from iconic bands such as The Beatles, The Rolling Stones, This Kinks and many more, the whole family will be ‘twisting’ the night away.

The Eastbourne Gilbert & Sullivan Society present an uplifting evening of joyful music carefully selected from Gilbert & Sullivan’s operettas on Sunday 08 August including toe-tapping favourites and a few lesser-known gems. Audiences will also be treated to a special preview of their November production, the Pirates of Penzance.

Traditional Afternoon Concert tickets cost £3.50 for adults in advance (child £2) with doors open at 2:30pm for a 3pm performance.

Tribute and Central Band tickets cost £8.95 for adult in advance (child £6.95) and doors open at 7pm and 7:30pm respectively for 8pm performances.  Friends of Eastbourne Bandstand cardholders receive 10% off most ticket prices.

With DJ Oli and DJ Jay

The Big Band and Swing Sound

With The Central Band of the Royal British Legion

The Sound of The Sixties

A Celebration with Gilbert & Sullivan

With Eastbourne Gilbert and Sullivan Society

With a showcase of local musicians