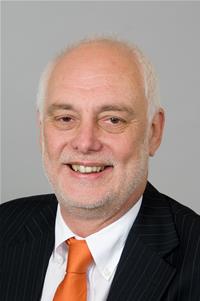 Look at this! Crash drama by Eastbourne Borough FC

It’s hotting up! Ex-LibDem to try and oust David Tutt in May

THE Tories have revealed that a former LibDem will be standing in David Tutt’s St Anthony’s ward in May.

Stephen Halbhuber announced at the weekend he will be the Tory candidate for the area in the East Sussex County Council elections.

LibDem David Tutt has reacted today by telling the Herald he wants to see a new railway station at Stone Cross.

The election campaign has started.

Stephen posted: “Well now we know the May Local elections will be going ahead in Eastbourne for county council, I can say proudly that I have been selected to stand in St Anthony’s Ward as a Conservatives Candidate.

I’m looking forward to it and it’s been great talking to loads of people on the phones as I can’t go out leafleting or door knocking at the moment due to COVID, but please feel free to message me or drop me a comment if there is anything you would like to know about me or local policies.

I’m looking forward into 2021 with fresh open eyes and with great optimism and building back better for the town and county.”

That was posted at the weekend.

Less than 48 hours later and David Tutt says he is now pressing for a new railway station at Stone Cross.

The fun and games have started! It’s a long time until May.