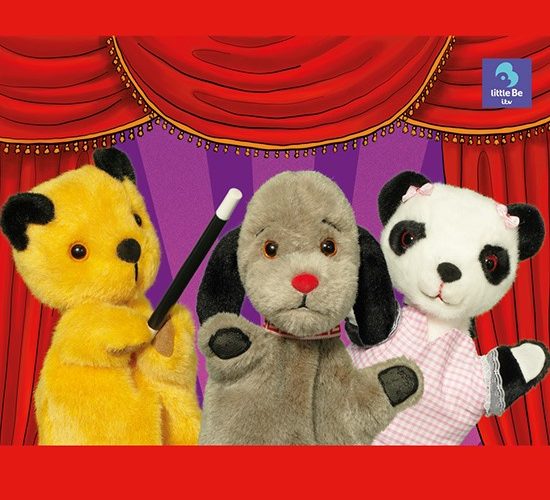 IZZY WHIZZY, LET’S GET BUSY - SOOTY’S BACK AT THE CONGRESS!

IZZY WHIZZY, LET’S GET BUSY – SOOTY’S BACK AT THE CONGRESS!

At 73 years young the superstar yellow bear and his friends return with Sooty’s Magic Show at the Congress Theatre on Saturday 21 August, 4pm and giggles are guaranteed!

Mischievous Sooty is quite probably the only TV star who entertains today’s little ones, their parents when they were children, and very likely their grandparents too!

Having first hit television screens in 1952, Sooty is aging remarkably well and at 73 is still firing on all cylinders in Sooty’s Magic Show.

Sooty, Sweep and Soo and TV’s Richard Cadell will amaze you with impossible tricks and side-splitting jokes – along with a flying car, Soo’s singing unicorn and not to mention the levitating sausage.

While the 1600 seat Congress Theatre is a large venue – don’t worry, Sooty has purchased an extra powerful water-pistol, so even if you’re not sitting in the front row, a waterproof mac might not be a bad idea…

It is not hard to see why Sooty’s popularity remains, previous visits have had packed theatre audiences helpless with laughter. And in the spirit of honesty, it is not just the children who love seeing Sooty live, the adults love it too as a nostalgic trip down memory lane as that cheeky little bear hasn’t changed a bit!

Sooty is in the Guinness World Records book for starring in the longest running (non-consecutive years) children’s TV programme. In 2017 Sooty was officially inducted into the Magic Circle and went onto meet legendary magician David Copperfield in Las Vegas. His You Tube channel has a huge reach with one of his uploads alone having received over 2.3 million views!

Magic tricks and mayhem are promised by Sooty and his friends, book now for Sooty’s Magic Show, Saturday 21 August, 4.30pm, tickets cost £16 to book call 01323 412000 or visit eastbournetheatres.co.uk. Theatre bosses cannot guarantee that there won’t be water pistols involved, but they can promise a lot of laughter and family fun! All tickets covered with the Book with Confidence and See it Safely guarantee.