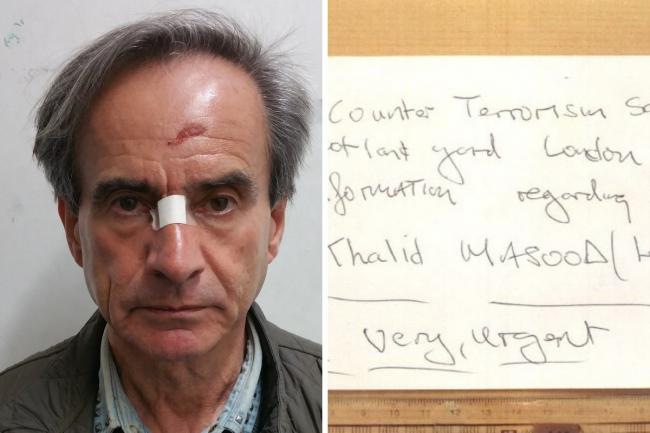 A MAN who tried to frame his landlady’s partner for inciting the terrorist murder of Pc Keith Palmer in revenge over a faulty boiler has been jailed for more than three years.

Gerald Banyard, 67, sent two packages to police in the aftermath of the March 22 2017 Westminster attack suggesting Ian Anderson-Boles had links with Khalid Masood.