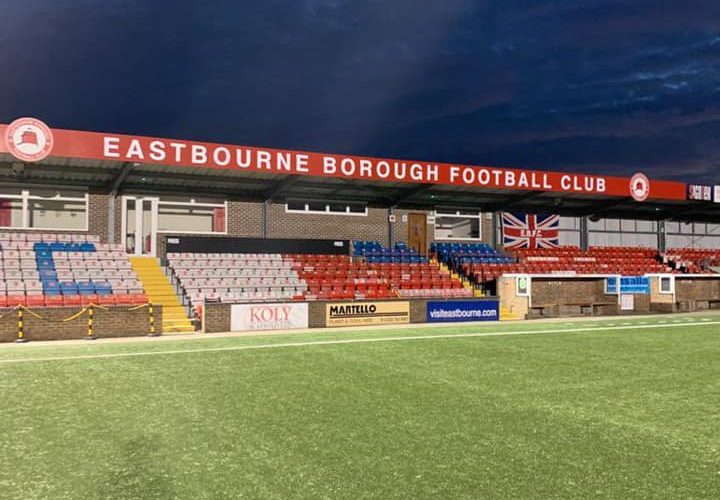 Eastbourne Borough FC are pleased to announce that they have formed a women’s football team to compete in the 2021/2022 season.

The team, managed by Richard Dyson, will be entering the Sussex County Women’s & Girls Football League in their inaugural season.

Joining Richard as a coach is Tony Pollard, with Ellie Schuetze being named club captain ahead of their debut campaign.

The team also strengthens the link between the club and major sponsors Bexhill College, of who six players – including Ellie – play for.

“This is an amazing opportunity for the club to be able to start a women’s team,” said Dyson.

“It’s a young team but we are excited to have come this far and also carve a pathway for the girls youth section.

“Moving forward, it will be great to see how the first season goes and strengthen, develop and grow as a team.”

It’s an exciting time for the Sports, and their move to secure a women’s team for the first time in their history is one that men’s first team boss Danny Bloor certainly approves of.

“It’s fantastic that we now have a women’s team at Eastbourne Borough FC,” said Bloor.

“A lot of hard work has gone on behind the scenes to make this happen, and having met the squad, they have unbelievable passion and enthusiasm.

“I certainly wish Richard Dyson and his whole squad all the very best for the new season.”

The squad train every Wednesday evening from 19:30 at Priory Lane, with new players most welcome. Anyone with any questions, please e-mail Richard at womensmanager@ebfc.co.uk.