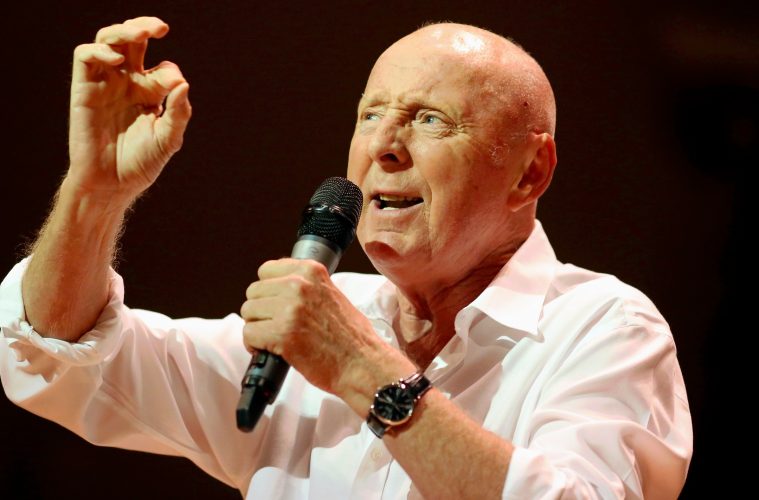 JASPER CARROTT; STAND UP AND ROCK!

The brilliant Jasper Carrott is back live on stage and coming to Eastbourne’s Congress Theatre, Thursday 17 March, with a new stand up show, Stand Up and Rock and tickets are selling fast!

If ever there was a time that a night of laughter and rock was needed surely it’s now and what better company than comic star Jasper Carrott and rock legend Bev Bevan plus Andy Bennett – this night of music and laughter will lift the spirits and remind us what life is all about!

Brummie funnyman Jasper shot to fame in the 1970’s first as a folk musician, and then as a comedian and has gone on to become one of the UKs most affectionately beloved comics.

Jasper has known Bev since school, even working together in a Birmingham department store before the bright lights of showbiz called them both, Jasper to the stage with his acoustic guitar and trademark humour and Bev to one of the founding members of iconic band Electric Light Orchestra.

Jasper became better known as a comic, than the musician which he originally intended to be and the rest is history. With his release of Funky Moped and Magic Roundabout in 1975 he became a household name, TV shows beckoned and his career hit the stratosphere.

From working as an actor in the warmly regarded comedy The Detectives opposite Robert Powell to gameshows including ITV daytime favourite Golden Balls. He is a prolific TV producer and enjoyed huge success with a show called Who Wants to be a Millionaire (which he now is many times over thanks to selling his stake in the show!).

Spend a night in the company of comic star Jasper and hear great artistes belt out a night of classic hits – though we can’t guarantee ‘Funky Moped’ won’t be making an appearance. Book online at eastbournetheatres.co.uk or call Box Office on 01323 412000 for Jasper Carrott’s Stand Up and Rock! at the Congress Theatre on Thursday 17 March, tickets priced £23.50, £28.50, £31.