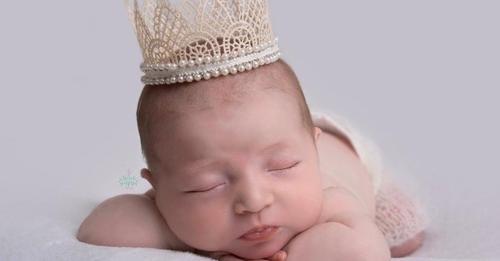 Levi and Shannon's fundraiser in memory of baby Mia

Personal mission to help others affected by baby loss

Levi Sharrod-Scott and partner Shannon Wood are planning a fundraising event for a charity close to their hearts named 4Louis.

The day Mimi passed, they were handed over a box by a company named 4Louis.

‘It contained some of the most precious keepsakes we could imagine,’ recalls Levi.

Levi said: “We were able to have Mimi’s hand and footprints done for her. Mummy was also given a beautiful little bear and so was Mimi, both bears identical.

“One sleeps with Mimi, and the other with mummy every single night, keeping their connections so beautifully in-sync.

We lost our girl that day, but we know she’s here, in other ways, we can feel her, and nothing will ever change that.

This precious memory box means so much to us, and we would love to be able to fund 100 more boxes for bereaved parents all over the country to have this opportunity of a memory to cherish.

One box is just £15, to be able to know that 100 other parents who shouldn’t ever have to be in this position at least are given the chance to cherish anymore memories, would mean something to us.

I want to make it our mission to raise £1500. In order to do this, alongside myself,”

So, Levi and his two brothers, Jack Sharrod-Scott and Keilan Sharrod-Scott are heading 15,000 ft “3 miles” above the ground later this month to jump from the skies and dive back down to earth – all to fund these boxes.

Go to Fundraiser by Levi Sharrod-Scott : For MiMi ❤️ (gofundme.com)

Sadly, miscarriage or the death of a baby or child is not a rare occurrence. Every day in the UK, around 15 babies sadly die before, during or soon after birth.

One in four pregnancies sadly end before they reach 12 weeks of pregnancy and without 4Louis those bereaved parents wouldn’t be able to have the memories, closure and support they deserve.

4louis provides useful tools, equipment and training free of charge to hospital units, hospices and other professionals who sadly have the job of comforting grieving families who suffer a miscarriage, Stillbirth Neonatal or child death.

4Louis memory boxes are tailored to suit the needs of various units and contain many items to help inspire bereaved families to capture mementos of their baby or child.

This gives them something to talk about and encourage the family’s involvement in capturing these precious keepsakes.